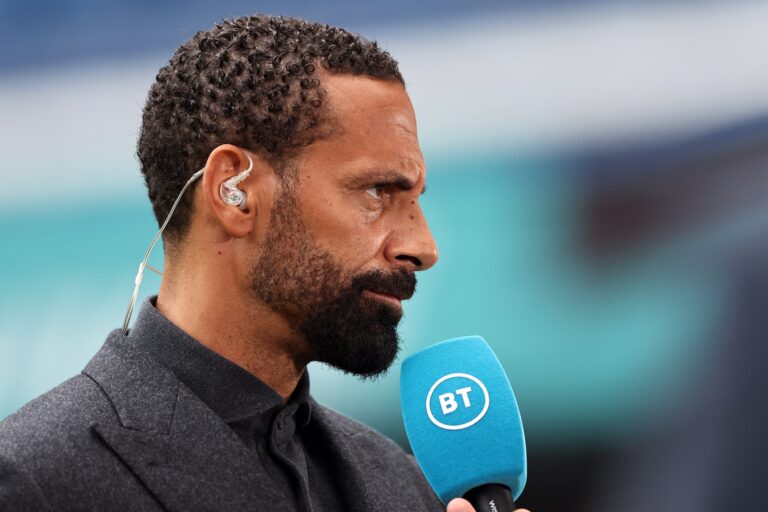 Pep Guardiola‘s side currently sit third in the table after seven games with 16 points – two behind leaders Chelsea.

They are a point behind second-placed Liverpool, against whom they recorded a 2-2 draw on Sunday.

City twice went behind in the game, but fought back with goals from Phil Foden and Kevin De Bruyne.

They have won four out of their seven Premier League games thus far, including 5-0 victories over Arsenal and Norwich and a 1-0 win away at Leicester.

Ferdinand says that City look “formidable” this season, and are now his team to beat.

Speaking on his YouTube show ‘Vibe with FIVE‘, he explained: “In the first four or five games of the season, I was sitting there and thinking Chelsea are the team to beat.

“Move on three or four games past that stage, I’m thinking Man City are the team to beat. They have looked majorly impressive against the big teams.

“They look the most impressive to me – they look formidable at times.

“There’s no doubt they’re going to dominate probably 99 per cent of their games but it’s just about the finishing. When they get over that element and get that right, I think they are the team to beat.”

Speaking at his pre-match press conference prior to the Liverpool clash, Guardiola explained that he doesn’t view the Premier League table until after 10 to 12 games have been played.

“Now, one point ahead, one point down, is not important. This type of games to win is when you arrive in the late stages.

“What is important is the way you play, the spirit in the team. We reach a high level in the last games.”