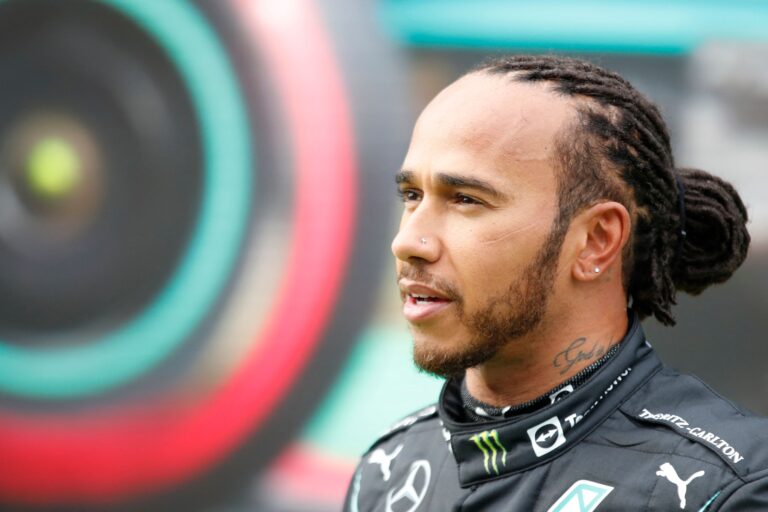 Hamilton lost the lead in the championship to Red Bull’s Max Verstappen last weekend after finishing fifth in the Turkish Grand Prix at Istanbul Park. Verstappen crossed the line in second place.

The Dutchman therefore has a six-point lead over the Mercedes driver heading into the final six races of the campaign.

However, Palmer, who works as an analyst for BBC Sport, told talkSPORT that he believes Hamilton is now the favourite to win the title. He says he “can’t remember” the last time Red Bull “really showed a lot of pace”.

Palmer explained: “You know what, for the first time this season I’m starting to think maybe Lewis is the favourite overall.”

“I actually think Verstappen can’t be happy with that race [in Turkey]. Yes, he’s taken second, he’s got the championship lead, but he was no match for [race winner and Mercedes driver] Valtteri Bottas. Hamilton, if he was starting pole, which is where he qualified, he’s winning this easily I think.”

“Lewis has taken his engine penalty, lost a few points, that was pretty much going to be a given unless something remarkable happened, which it didn’t. But I’m worried for Red Bull because I can’t remember the last time they really showed a lot of pace.”

He continued: “What I’ve thought is that USA, Mexico and Sao Paulo coming up could be better for Red Bull but, quite frankly, I think the last three in the Middle East could be better for Mercedes. This one [Turkey] was inbetween, no-one really knew where it was going to go, and it was quite categorically Mercedes that were stronger.”

“The fact that Bottas was completely unchallenged by Verstappen, they were one and two the whole race, but Bottas never had to check his mirrors, ended up winning by 15 seconds. That’s a statement by Mercedes, and even though Hamilton’s behind in the championship, he’s the stronger [Mercedes] driver quite comfortably.”

Formula 1 returns next weekend with the running of the United States Grand Prix in Austin, Texas.

Verstappen goes into the race on 262.5 points – six ahead of closest rival Hamilton.