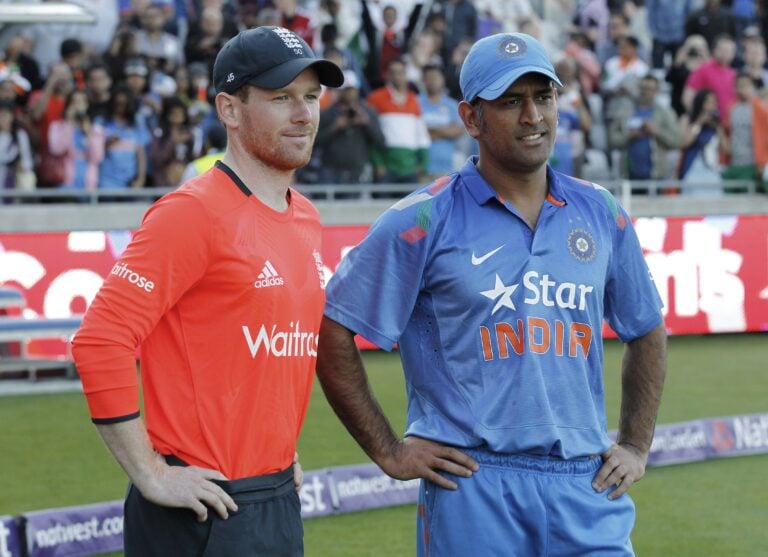 The final of the 2021 Indian Premier League takes place between Chennai Super Kings and Kolkata Knight Riders this Friday afternoon at 3pm (UK time) in Dubai.

The competition has seen plenty of thrills and spills since its UAE-based resumption in September.

For Kolkata, this could be their crowning moment. After the tournament was originally postponed in May due to the Covid-19 outbreak in India, KKR were looking down the barrel of a potential last-place finish in the group phase. They’d won just two of their opening seven games. There were some question marks over England captain Eoin Morgan‘s position as skipper of the franchise.

Things have changed considerably since then. They have won seven out of nine games since arriving in the UAE, and overcame Delhi Capitals in a thrilling semi-final on Wednesday. Morgan’s captaincy on the latter occasion was faultless.

For the Super Kings, this is another final in a long list. Three-time winners of the IPL, the franchise has featured in eight finals since the tournament began in 2008. It’s almost a surprise when they don’t reach the showpiece event.

CSK have done what they do almost every year – win games of cricket. They secured nine wins from 14 games to finish second in the group, before getting better of the Delhi Capitals in the first qualifier to reach the final.

Here’s the lowdown on what viewers can expect when they tune into the action later today:

Chennai Super Kings captain MS Dhoni is one of the most famous faces across the whole of India.

He is this generation’s Sachin Tendulkar – adored and idolised. And when the pressure is on, Dhoni will often be in the middle, batting it away.

That is exactly what he did in the first qualifier. Walking to the crease with CSK requiring 24 from 11 balls, he smashed an unbeaten 18 from eight, including the winning runs, to guide his team through. Can he do it again in the final?

Dhoni’s knock may have got his side over the line, but the win was set up by his team-mate Ruturaj Gaikwad. The 24-year-old has been simply outstanding throughout the IPL, with six scores of 40 or above since its resumption.

One of those scores was an unbeaten 101 against the Rajasthan Royals, whilst his 70 off 50 balls against the Capitals set the platform for Dhoni and co to finish the job. Already an Indian T20 international, Gaikwad looks to have a bright future – and present.

For the Knight Riders, Sunil Narine could prove to be a key factor in whether they win the final. A left-arm spinner who can bowl in the powerplay and in the middle overs, the West Indian can also hit the ball far and long with the bat.

His performance in the Eliminator round against Royal Challengers Bangalore was nothing short of extraordinary. He took figures of 4/21 with the ball, helping to limit RCB to just 138 after they had got off to a flying start.

He then smashed 26 off 15 with the bat – including three sixes – as KKR chased down their target with two balls to spare.

Finally, New Zealand international Lockie Ferguson could have a big say with the ball. A pace bowler that regularly hits 90mph, viewers will have lost count of the amount of times he has targeted – and hit – the stumps in recent years.

Ferguson has 13 wickets in seven games since the competition’s resumption, but the 30-year-old’s sheer ability to pitch the ball up and bowl aggressively is enough to potentially turn any game in his side’s favour.

Which England players could be involved?

Morgan’s form with the bat has been poor – he has a top score of 13 not out since the resumption – but it is his captaincy and leadership that has been so vital to KKR. With his bowling changes and experience of pressure situations, Morgan could play a big part in the final.

For Chennai, England all-rounder Moeen Ali has been a mainstay in the side during this year’s IPL. The 34-year-old scored over 200 runs in the first leg of the competition in India – although hasn’t quite been able to replicate those returns in the UAE.

He remains, however, a valuable option both with bat and ball. His score of 16 off 12 balls in the first qualifier helped CSK to progress, and he also took the wicket of fellow international spinner Axar Patel in the Capitals innings.

The final of the 2021 Indian Premier League takes place at the Dubai International Stadium in the United Arab Emirates this Friday.

The start time is 3pm in the UK, and the game will be broadcast live on Sky Sports Main Event and Sky Sports Cricket.

It will also be available to watch on the Sky Sports Go app, and you purchase a day pass to watch the action on NOW TV.