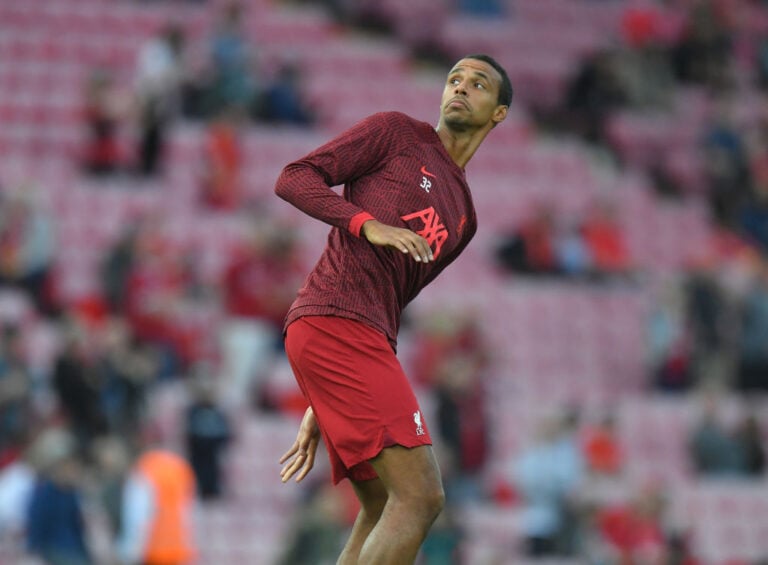 The Reds came from behind once more to claim three points in dramatic fashion at Anfield.

Newcastle took the lead towards the end of the first half thanks to a debutant. Following a clever pass from Sean Longstaff, new signing Alexander Isak produced a devastating finish to get his first goal for the Magpies.

For the fourth time this season, Liverpool went into the break behind.

However, Jurgen Klopp’s side responded well, earning a reward for all their pressure around the hour mark. Mohamed Salah cut the ball back to Roberto Firmino, who scored his third goal in two games.

Following this, a minimum of five minutes of added time was announced, giving Liverpool more opportunity to snatch a winner.

During this, goalkeeper Nick Pope went down through injury, causing more injury time. Unfortunately for Newcastle, this gave the hosts one last shot at victory. A late corner caused a heading match inside the box before Fabio Carvalho connected with a close-range volley that flew in off the bar.

Wild Liverpool celebrations ensued as the frustration of Newcastle’s injuries, and clock-burning, was forgotten. The 2-1 win leaves the Reds in fifth, on eight points. Meanwhile, the Toon lie two points back, in eleventh, following their first loss of the season.

“When we scored after 90-plus-eight minutes, it’s the perfect response to that [timewasting], to be honest,” said Klopp via Sky Sports. “I’m really happy about that, but nothing else to say.

“It was the perfect moment to win this game because it was a difficult game, very passionate, aggressive defending. It’s difficult to pick up the rhythm from a game where everything clicked immediately, and you find yourself in situations where it isn’t clicking immediately.

“It’s a massive boost from a frustrating night,” the Liverpool boss concluded. “One of the best nights we ever had. That’s how football is. But we have to make sure we use these two days really well. In the last two games, we got six points, but we have to improve.”

The win proved extra sweet for the Liverpool staff and bench, whose exuberant celebrations irked the Newcastle dugout. The two sides then needed separating from one another before the final whistle.

In amongst all the fracas, though, Joel Matip produced a Randy Orton-inspired celebration for his team’s goal.

In the scenes following Carvalho’s winner, the Cameroon international really let loose. Eagle-eyed viewers on Twitter spotted Matip on his knees, slamming the ground with his fists.

Now, many wrestling fans recognise this gesture as the precursor to the iconic RKO. Therefore, people on social media suggested that Joel Matip was hilariously copying ‘The Viper’.

“Joel Matip going full Randy Orton is something that I absolutely didn’t know I needed in my life until right now!” wrote one Twitter user.

“An avid fan of the viper, Randy Orton it seems,” laughed another.

Meanwhile, others joked that Matip was gearing up to RKO members of the Newcastle bench during the touchline clashes.

Already one of the more popular Liverpool players for both his ability and personality, maybe Joel Matip has won some more fans from the WWE community with this move.