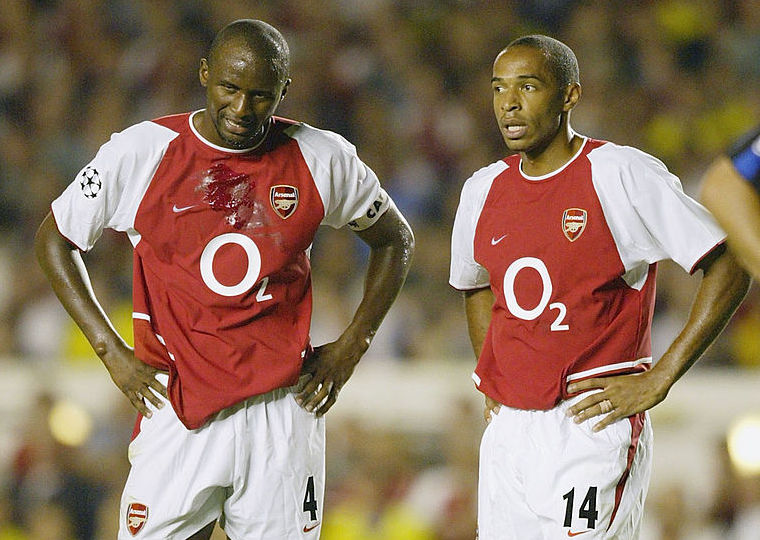 BT Sport recently arranged an online poll to create the greatest Premier League XI of all time, and the results have resulted in a mixed response.

Now the world’s richest league, the Premier League continues to give the greatest footballers on the planet an opportunity to showcase their skills. In addition, on multiple occasions, English clubs have proved themselves as the best on the planet. Through that, we’ve had the privilege of watching their players do their thing on a weekly basis.

Today, meanwhile, the likes of Manchester City and Liverpool have a selection of elite-level superstars in their dressing rooms – and who can forget their titanic tussles?

Therefore, the selection pool for the greatest team in the league’s history isn’t exactly small. That means not everyone can make the cut, and every fan has their opinion on who deserves their place.

Over 200,000 supporters voted, and now we have the line-up. 1999 Champions League winner, Peter Schmeichel stands firmly between the sticks. And to his delight, he’s well protected. Elite defenders Gary Neville, Rio Ferdinand, Virgil van Dijk and Ashley Cole are in the back four.

Furthemore, the midfield looks ferocious, with Steven Gerrard, Patrick Vieira and Kevin De Bruyne bossing the centre of the park. And all three of those titanic players will undoubtedly look to feed the ball to the terrifying trio of Cristiano Ronaldo, Alan Shearer and Thierry Henry.

However, despite the insane standard of the team, some fans have taken against it. Therefore, they’ve taken to Twitter to voice their opinions.

One supporter explained that he would’ve made several changes: “Ferdinand is not in the top five centre-backs. Prime Cech was better then Schmeichel. Terry is the best centre-back in Premier League history. Lampard over Gerrard.”

While another pointed out: “Manchester United dominated the premier league for 20 full years to just have only three players in it.”

Even Jamie Carragher got involved. He hit out at fans who named Thierry Henry on the left wing (he’s on the right in this team) in their all-time Premier League XIs, instead of at centre-forward.