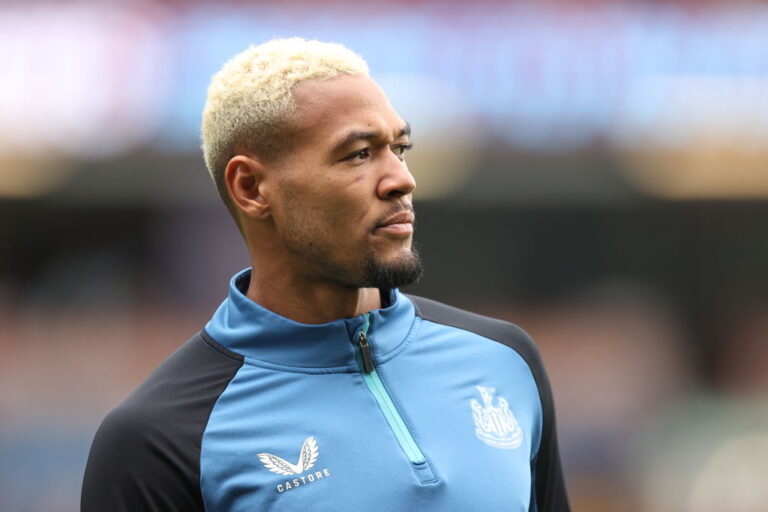 After Neymar was linked with a shock move to Newcastle this summer, Brazilian midfielder Joelinton has now sent his compatriot a message.

Neymar was meant to be the signing that catapulted Paris Saint-Germain to Champions League glory when he signed for the French side in 2017. However, his stay in the French capital hasn’t panned out that way.

PSG signed Lionel Messi last summer, and this year, Kylian Mbappe’s new bumper contract appears to have confirmed that Neymar is no longer the biggest star in the dressing room.

In recent years, injuries have hampered Neymar’s game time. When you add to that the development of Mbappe, the Frenchman has usurped him as the poster boy for the iconic French club.

The Brazilian faces an uncertain future in the coming months. But there is also no shortage of interest in the 30-year-old.

The clubs that have expressed an interest in Neymar are the financial heavyweights of the football world. Few clubs have the capabilities to afford a potential fee and also his wage demands.

The obvious candidates have emerged: Chelsea and Manchester United. But there is a slightly left-field option who have been linked with the Brazilian: Newcastle United.

Following their Saudi-backed £300 million takeover in October, the Toon Army now have the financial means to make a Neymar deal happen.

Joelinton sends a message to Neymar

Newcastle already have a small Brazilian contingent, as their midfield consists of Joelinton and Bruno Guimarães.

In an interview with Cast FC, Joelinton invited Neymar to make a move to Newcastle.

He said: “We can get him a spot for sure! On any team in the world.

“I can’t explain it. The guy is an idol. He’s a giant in world football. So, the invitation is done. Ney, if you’re listening to this, you can come. I will run to you all the time.

“If we get the chance, I hope the coach calls him. The number 10 jersey is there waiting for him. I’ll send a message to [Bruno Guimarães]. Bruno has his contact, he can send a message inviting Ney to play there.”

Newcastle fans were quick to react to Joelinton’s interview. Some appreciated his ambition, and also the potential of Neymar playing in the Premier League. Others, meanwhile, saw the funny side.