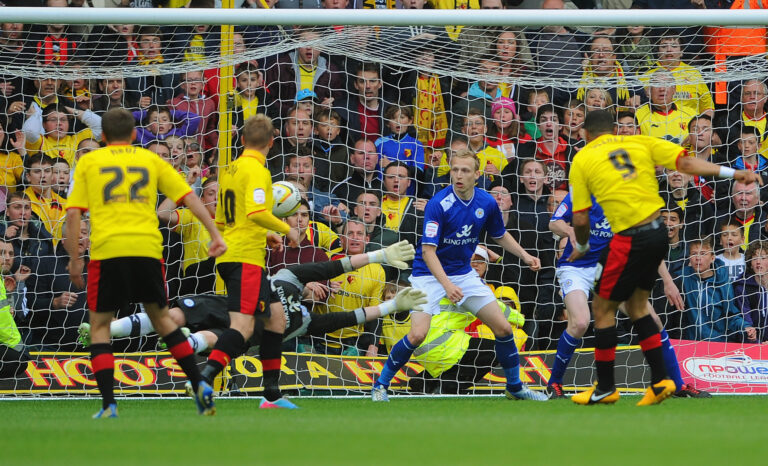 Troy Deeney has bid farewell to Watford after 11 years at the club to join Championship side Birmingham City.

He scored 131 goals during his time with the Hornets, and captained them to two promotions to the Premier League.

The 33-year-old scored 10 goals in 2019/20 as Watford were relegated back down to the Championship, and added seven goals last term as the club returned to the top flight.

This season, however, he has only featured twice off the bench in the Premier League. Deeney has now agreed to move on to Birmingham City – the place of his birth.

Upon leaving Watford, Deeney said in a video message on the club’s official website: “I feel tremendous pride at what I’ve achieved over the last 12 years, and the friendships and connections we’ve made with people, staff and fans.

“Watford has literally changed my life. In my book, I’ve spoken about the things that have gone on in my life, and the changes that have happened at this place. Not only with me, but the club as well.

“I hope that when you read that, you’ll understand why I am the way I am, and who I am. And with that, who we are, and why we are connected the way we are.”

With Deeney’s time at Vicarage Road now at an end, Hornets fans have been reminiscing on some of the striker’s greatest moments at the club.

There was his 94th minute penalty to equalise in an FA Cup semi-final against Wolves in 2019 – a game Watford would go on to win in extra-time.

He also became the first Watford player ever to score 20 or more goals in three consecutive campaigns between 2012 and 2015.

But almost all football fans will surely recall the incredible scenes that adorned Vicarage Road on May 12, 2013.

With just a minute on the clock in the Championship play-off semi-final second leg, opponents Leicester won a penalty that, if scored, would have sent them to Wembley.

Anthony Knockaert stepped up and saw his penalty saved by Manuel Almunia, who kept out the rebound as well.

But that wasn’t all the drama by any stretch. Watford managed to counter and quickly got the ball into the attacking third, with Fernando Forestieri receiving it on the right flank.

The rest is history. In went the cross to Jonathan Hogg, then came the cushioned header across the box, the outstretched arms of Kasper Schmeichel and, finally, the volley from Deeney that sent three quarters of the ground into raptures.

Deeney in the stands, Hornets boss Gianfranco Zola uncontrollable, fans on the pitch. It truly had it all.

One of the great, great footballing moments.