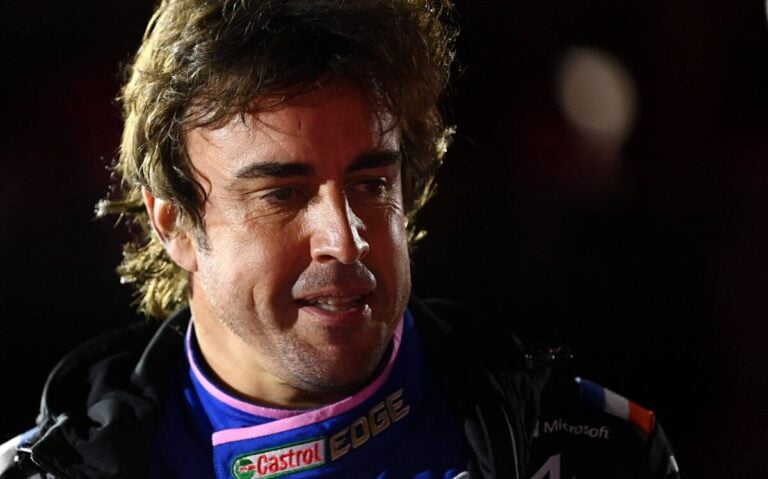 Alpine driver Fernando Alonso has given his verdict on the controversial ending to last season’s F1 Abu Dhabi Grand Prix.

The race, which saw Max Verstappen win the championship by overtaking Lewis Hamilton on the last lap, was clouded by several decisions made by race director Michael Masi. Hamilton’s team, Mercedes, argued that two of the decisions went against the sporting regulations.

The FIA have since acted. Masi has been removed from his role. Two new race directors, Niels Wittich and Eduardo Freitas, have replaced him.

One of the controversial calls made by Masi was to allow lapped cars to overtake the safety car, which had been brought out following a crash by Nicholas Latifi, with two laps to go. The sporting regulations state that ‘any cars who have been lapped by the leader will be required to pass the cars on the lead lap and the safety car’. In this particular case, only five lapped cars were allowed to overtake.

One of those Formula 1 cars was Alpine‘s Fernando Alonso. He was lapped by Hamilton earlier in the race.

During the safety car period, Alonso had earlier told his engineer that the race director should begin the procedure to allow lapped cars through. The delay on this partially caused the controversy that would later unfold. He later repeated this comment.

When told on team radio of the original call not to allow lapped cars to overtake, the Spaniard laughed before adding: “Understood.”

He then appeared to direct criticism at the lateness of Masi’s call to allow cars to overtake, stating: “This has to be done a few laps ago. Unbelievable.”

There was no time to catch up to the rest of the pack on the lead lap with only one racing lap to go. Other cars who unlapped themselves, such as Daniel Ricciardo and Lance Stroll, expressed their disappointment with the decision.

Speaking at the launch of Alpine’s 2022 F1 car, Fernando Alonso gave his thoughts on the Abu Dhabi debacle and the decision to remove Michael Masi.

During the Grand Prix weekend, the Spaniard slammed the race director. He called him “too soft” after an incident in qualifying.

However, speaking about the race itself, Alonso has a different view.

He explained (quotes via The Race): “I mean… the new president obviously wanted to make sure that everything was in place. As I said also a couple of times, I like Muhammad [Ben Sulayem, FIA president]. I like the approach he has.

“So if he thinks that we needed some new ideas there, it’s for the good for everyone, so I’m happy with that.

Alonso’s verdict is different to many F1 fans and Lewis Hamilton supporters. The pair were infamously involved in an on-track rivalry during the 2007 season. Both drivers were at McLaren.

The Spaniard revealed last year that the cause of his problems was McLaren, not Hamilton. Alonso also went on to add that the pair were “closer than ever” following that season. However, he went on to say that their relationship is now “colder” than in the past.

The new F1 season starts with the Bahrain Grand Prix on March 20. Alonso is entering his second season since returning to the sport. He secured a sole podium last season at the Qatar Grand Prix.