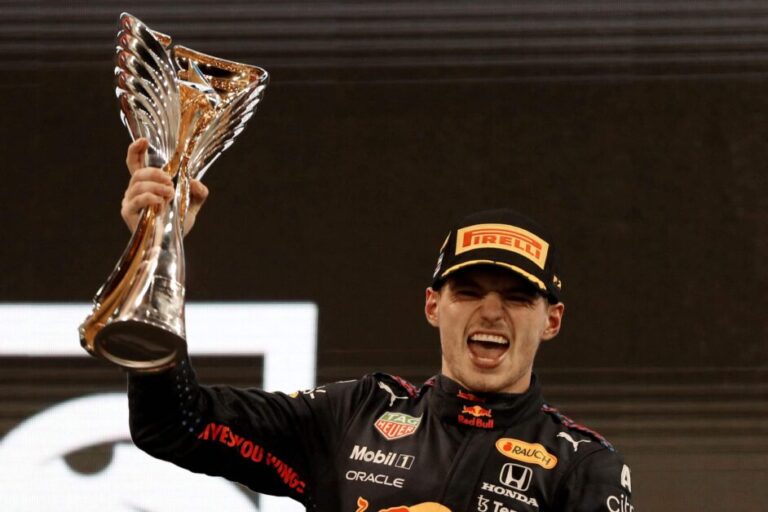 In a controversial finish, the Dutchman overtook title rival Lewis Hamilton on the final lap of the season to win the race.

The 24-year-old is the latest name to have his name inscribed on the famous world championship trophy. The last driver to win the title for the first time was Nico Rosberg back in 2016.

Winning the world championship immediately comes with plenty of prestige. It also means plenty of prize money as well.

Let’s take a look in more detail at the net worth of Max Verstappen, the teams he has driven for and how much he will have earned from winning the title:

Which teams has Max Verstappen driven for?

Max Verstappen began his Formula 1 career with Toro Rosso in 2015. At just 17, he set a record as the youngest driver ever to compete in a Grand Prix weekend.

After a solid first year in the sport, he was drafted into the Red Bull early in the 2016 season in a straight swap with Daniil Kvyat. Incredibly, Verstappen won the Spanish Grand Prix on his debut with the Milton Keynes outfit. In doing so, he became the youngest driver ever to win an F1 race.

He has stayed with Red Bull ever since. The 2021 season saw him lead an F1 championship for the first time. He also recorded the most wins (10), most laps led (652), and most podium finishes (18) of any driver.

Speaking immediately after the Abu Dhabi Grand Prix, the Dutchman confirmed he wants to stay at Red Bull for the long term.

He said: “I think they know I love them. And I hope we can do this for 10/15 years together. There’s no reason to change ever. I want to stay with them for the rest of my life. I hope they’ll let me, but yeah, it’s insane.

“I’m so happy and also Christian [Horner, Red Bull team principal] and Helmut [Marko, team advisor], you know, trusting me to be in the team in 2016.”

What is the net worth of Max Verstappen?

According to Celebrity Net Worth, Max Verstappen is currently worth $60 million.

The Dutchman is one of the highest-paid drivers in Formula 1. A report from Forbes states that Verstappen only earns less than Mercedes driver Lewis Hamilton.

He is projected to receive $42 million from on-track earnings alone by the end of 2021 and is reportedly on a salary of $25 million a year at Red Bull.

What is the prize money for winning the Formula 1 title?

The prize money for winning the Formula 1 title is not officially disclosed. That means we cannot know for sure how much money Verstappen will have received.

Prize money instead goes to teams, and according to a report by Silly Season, core prize money represents 47.5% of the sport’s underlying profit. That income is then divided between the ten teams in F1 based on their results throughout the season.

There are two sets of payments overall. The other is evenly distributed between all ten teams.