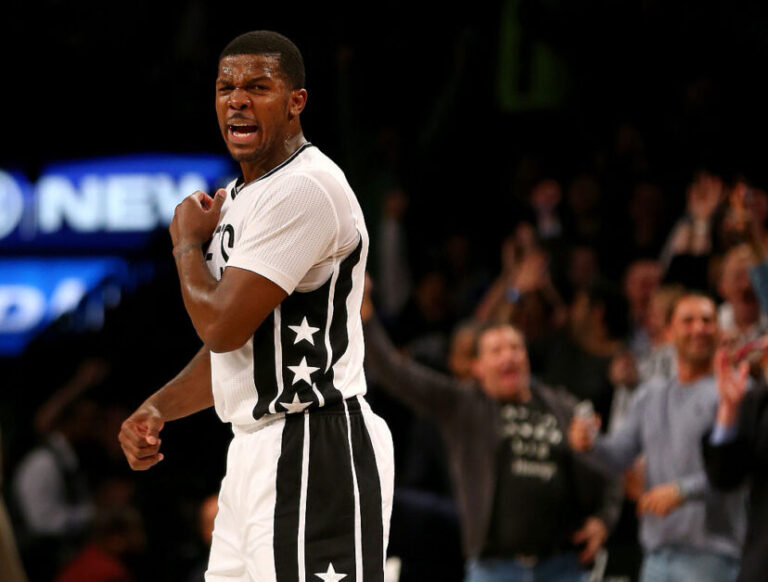 We thought we wouldn’t see these NBA legends on the floor again. But then the season started to fall apart due to the rise in Covid infections.

It has been yet another strange year for the NBA so far. The first month of the season developed with relative normality, but that has changed in the past few weeks.

The league has recorded 113 player entries into their Covid protocols so far. That list includes stars like Giannis Antetokounmpo or Luka Doncic.

Last Sunday, the league allowed teams to sign extra replacement players if they were short of players because of Covid-related absences. The rules are simple: one new player can sign a ten-day contract for each positive case.

The new contract rules have sparked the unlikely comebacks of a few NBA legends. Let’s have a look at them.

Johnson’s return has been the biggest surprise by far. The 45th highest scorer of all time hadn’t played a single minute of professional basketball since the 2018/19 season. Johnson is a seven-time All-Star commonly regarded as one of the biggest NBA legends of the 2000s and 2010s.

The Big3, Ice Cube’s 3-on-3 basketball league, had been his home for the past couple of years.

Now, the 40-year-old Johnson has a chance to show that he still belongs in the NBA. Yesterday, the Boston Celtics signed the 17-year veteran to a ten-day contract. It was a return home for Johnson, who the Celtics drafted in 2001.

Johnson played three minutes against the Cavaliers last night, going one-of-one from the field. He’ll have another chance on Christmas Day against the Bucks.

Isaiah Thomas’s story remains one of the most heart-breaking in recent NBA history. The five-foot-nine point guard was an MVP candidate for the Boston Celtics during the 2016/17 season. Thomas was one of the league’s most prolific scorers, averaging 28.9 points a game.

Unfortunately, a turn of fate would change his career forever that same season. Thomas suffered a hip injury during the 2017 playoffs and was subsequently traded away from Boston that summer.

He has not been the same player since.

On December 17, Thomas signed a ten-day contract with the Los Angeles Lakers. It is his sixth team since 2017. Last season, Thomas made a brief appearance with the New Orleans Pelicans, playing three games.

The Lakers will offer Thomas a much better chance than the Pelicans did. They are severely short-handed and in desperate need of shot-creation from the bench.

Thomas has played a total of 80 minutes across three games so far, which bodes well for his future.

Udonis Haslem was effectively a retired player until a few weeks ago. He signed a contract, but he didn’t really play a role on the court. He was more of a link between the locker room and training staff than an actual basketball player.

A one-club-man for the Miami Heat, Haslem is a beloved veteran. At age 41, he is currently the oldest player in the NBA. The experienced centre only had one cameo appearance last season and four during the previous one.

The Miami Heat are short-staffed after injuries have ravaged their big men rotation. This scenario means Haslem has spent more time on the court than he ever had since the 2018/2019 season when he played ten games for the Heat.

Fans and players adore Haslem. If the below video doesn’t put a smile on your face, there’s something wrong with you.

There are more veteran returns to come. Brandon Knight, Ersan Ilyasova, and Lance Stephenson have all just signed ten-day contracts.