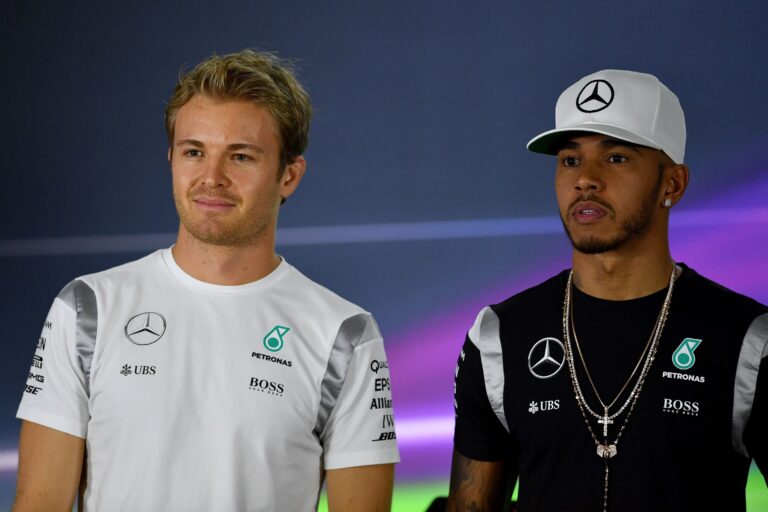 Nico Rosberg has said he believes that, on pure talent, Lewis Hamilton is probably “the best ever” Formula 1 driver.

Rosberg was team-mates with Hamilton between 2013 and 2016, when both men drove for Mercedes.

Rosberg would go on to win the 2016 world championship in a thrilling decider at the Abu Dhabi Grand Prix, before going on to retire from the sport.

Schumacher initially retired from F1 in 2006, but returned in 2010 to drive for Mercedes, with Rosberg as his newly-signed team-mate, until his second retirement at the end of the 2012. Rosberg compared him with Hamilton in an interview with Sky (via Motorsport-Total).

He explained: “Lewis is just an extreme natural talent, in terms of talent, he must probably be the best ever. And he really builds on that, that instinct is phenomenal with him.”

“A big difference is diligence. Lewis hates testing. And Michael, who would do tests every day, even though he is a seven-time World Champion, but he also knows that you can still learn a little bit.”

“That’s just diligence, passion. There’s quite a big difference, for example, but also this psychological war in the end.”

When asked about which team-mate he preferred, Rosberg replied: “Neither yet! With Michael it was difficult because I had just won a race or hadn’t won a race at all.”

Formula 1 continues this weekend with the staging of the United States Grand Prix in Austin, Texas.