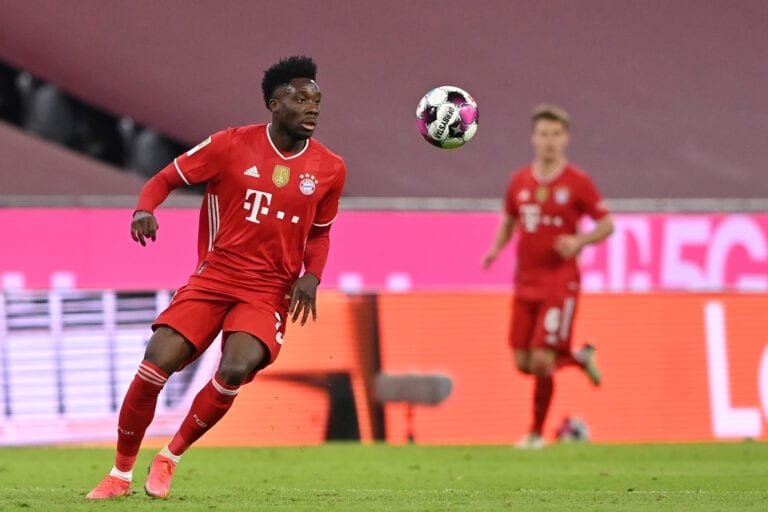 With national sides currently in the midst of a packed international schedule, there have been plenty of standout performances in the past week.

There’s been no club action in Europe’s major leagues, meaning the vast majority of FIFA 21‘s Team of the Week 27 will be chosen based on international performances.

Let’s take a look at some of the names who could be included in TOTW 27:

Canada scored a record number of goals in one game as they inflicted a heavy 11-0 defeat on the Cayman Islands in the CONCACAF World Cup qualifiers.

Alphonso Davies scored two goals in the win and featured from the left of midfield for parts of the game, as well as registering three assists in his side’s 5-1 victory over Bermuda earlier in the week.

Should he receive a stats boost and position change by EA this week, it would certainly be an interesting card to use in-game.

Tomas Soucek has carried his season’s goalscoring form with West Ham into international duty with the Czech Republic.

The midfielder starred in his side’s 6-2 victory over Estonia on Wednesday, netting a hat-trick.

That was enough for the 26-year-old to earn a 10 rating on WhoScored – and he put in a solid display to help his side to record an impressive 1-1 draw with number one ranked side Belgium later in the week.

If Soucek was to be included in Team of the Week 27, it would be his third in-form card of the game cycle.

It’s not really been an international break to write home about for Spain so far. Luis Enrique’s side were held to a 1-1 draw at home to Greece before edging past Georgia 2-1 in their second game of the week.

One positive from the Georgia game was left-back Jordi Alba. He provided two assists to get Spain over the line, including for Dani Olmo’s 91st minute winner.

Aleksandar Mitrovic may not have been in top goalscoring form for club side Fulham this season, but he made a superb impact off the bench for Serbia in their 3-2 win over Republic of Ireland on Wednesday evening.

With the scores at 1-1 when Mitrovic joined the action, he scored twice to put the game beyond the visitors. One of those goals was an exquisite chip over goalkeeper Mark Travers from the best part of 30 yards out.

The 26-year-old then scored Serbia’s opening goal in a 2-2 draw with Portugal on Saturday.

Burak Yilmaz produced a performance of the highest quality in Turkey’s 4-2 victory over Netherlands on Wednesday, scoring a hat-trick.

He netted twice in the first half to make it 2-0, before scoring the final goal of the game late on to put the result beyond doubt.

Yilmaz then played 85 minutes in Turkey’s impressive 3-0 victory over Norway on Saturday.