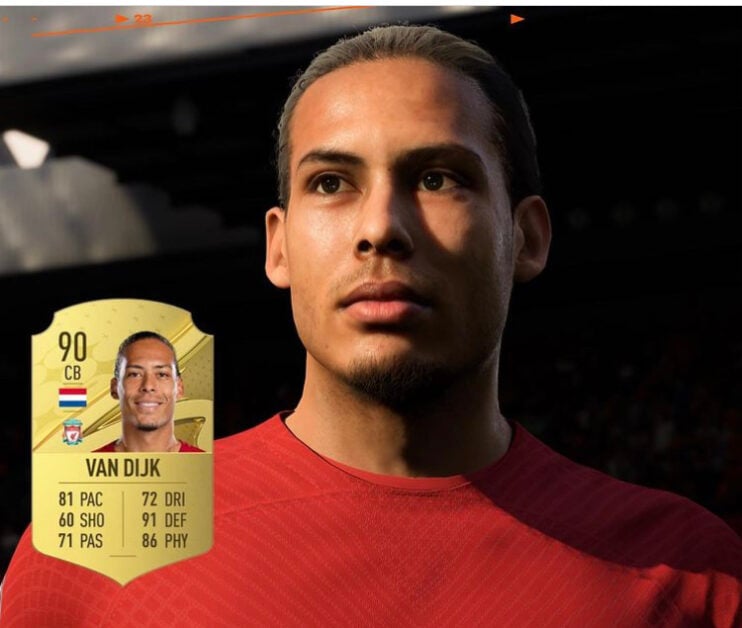 With the release of FIFA 23 just around the corner, EA have released the top ratings, including the highest-rated Premier League stars.

Every year, gamers in their millions rush to buy the latest edition of the award-winning series. And consequently, they spend the next few months playing all the different game modes.

There’s nothing quite like reaching Division 1 in Seasons, and Manager Mode is still a hit amongst fans, despite seeing relatively few improvements in recent years. But by far the most popular feature of the game is none other than Ultimate Team.

The mode engrosses FIFA fans across the world as they all spend day and night trying to craft the greatest line-up possible. Therefore, eager gamers have already carved out their trading methods and have planned exactly who they’re going to buy.

But as ever, it’s important to maintain a high chemistry rating. Thus many players focus on building a squad made up exclusively of footballers from England’s top flight. But who are the best options going forward?

EA Sports have confirmed Kevin De Bruyne stands alone as the best player in the league, with a 91 rating. However, the Belgian midfield maestro needs team-mates to link up with. The Manchester City star knows how to pick the perfect pass and would therefore provide brilliant balls to the likes of Mohamed Salah, Cristiano Ronaldo and Harry Kane – all of whom feature in the top 10.

His Manchester City team-mate, Erling Haaland, has made a massive impact since arriving at the Etihad Stadium, and has been given an 88 rating. Through special cards, that rating will likely rocket through the roof.

Elsewhere in the top 10, Salah and Virgil van Dijk are joint-second in the ratings, behind De Bruyne. Ronaldo joins them, suffering a downgrade of -1 from FIFA 22.

The top ten are as follows: