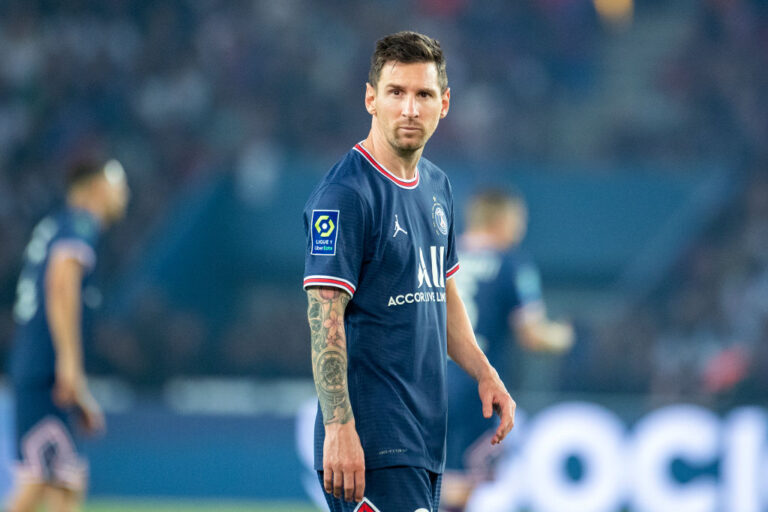 Before the season commences, teams across the world battle to secure the best singings to bolster their chances of winning the league. But coming up trumps in the transfer window doesn’t always guarantee success.

As a fan, we’ve all enjoyed the summer months watching our clubs bring in a conveyer belt of new talent. It gives us a buzz and a sense of belief that we’re guaranteed to enjoy success in the upcoming season. However, sometimes the names we expect to explode, fail to detonate, and we’re left with an overwhelming sense of disappointment.

Therefore, we’re taking a look at five teams that, despite doing good business on paper, didn’t deliver when it really counted.

After years of criticism for only playing in La Liga, Lionel Messi finally made his move away from Barcelona. And luckily for French football fans, he arrived at PSG with huge expectations. However, he only scored 11 goals and failed to overly impress. They also broke the bank on Achraf Hakimi and Danilo Pereira and drafted in the likes of Sergio Ramos, Gianluigi Donnaruma and Gini Wijnaldum on free transfers.

Despite winning the league, fans left the Les Parc des Princes at the end of the campaign feeling bitterly disappointed. Granted, their season wasn’t awful. But failing to win the Champions League hurt. A stunning collapse against Real Madrid ultimately cost them a place in the quarter-finals and kept their poor form in Europe going.

With Ole at the wheel and a host of signings coming in, United looked capable of challenging for silverware once again. Yet, it didn’t remotely work out like that. After a long pursuit, they finally brought in Jadon Sancho and also secured Raphael Varane’s signature.

And to add the icing to the cake, fans rejoiced in the re-signing of club legend Cristiano Ronaldo. But despite the early promise, United quickly fell apart. Rumours of dispute in the dressing room and a lack of faith in both their managers resulted in a sixth-place finish.

At one point, many viewed Fernando Torres as the best striker in the Premier League. During his spell at Liverpool, he wowed crowds with his blistering pace and finishing ability. But, despite Chelsea spending £52.65 million on his services in a January window that also brought in David Luiz, the Spaniard failed to adapt to life in London.

Three seasons ago, Barca splashed on the cash on a plethora of football’s biggest stars. In addition to the likes of Frenkie de Jong, Neto and Pedri, they spent a whopping £120 million on Antoine Griezmann. The French striker lit up Madrid but failed to replicate that form in Barcelona, struggling to shine next to the golden boy Messi.

Despite going all out in the transfer window, they fell short to rivals Real Madrid in the league and spiralled out of Europe against Bayern Munich, who beat them in an embarrassing 8-2 thumping.

Granted, last year ‘The Toffees’ had a woeful campaign. But in general, the Merseyside club usually find themselves on the periphery of a place in the Champions League. And five years ago, they spent a fortune on making the top four. However, it didn’t work out.

Despite bagging the likes of Wayne Rooney and Michael Keane, they failed to put together any success in the league and finished eighth. In addition, they crashed out of the FA Cup in the third round to rivals Liverpool.