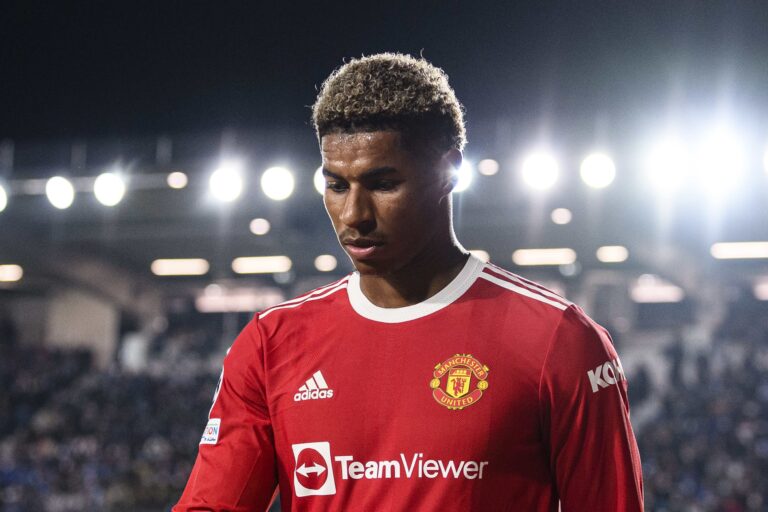 At 24, Marcus Rashford has already achieved an enormous amount on and off the pitch.

The Manchester United and England forward has won four trophies at club level and reached the final of Euro 2020 at international level.

Last year, he was recognised for his charity work, both in the local Manchester community and on a broader scale, tackling child poverty.

Here are five facts about Marcus Rashford that every Manchester United fan should know.

One of the most notable facts about Marcus Rashford is his aforementioned charity work.

During the early months of the first Covid-19 lockdown last year, the forward teamed up with the charity FareShare to tackle child hunger in the UK and to provide food for those in need.

According to the charity’s official website, since March 2020 Rashford has raised enough money to distribute the equivalent of 21 million meals for children and their families, who may not otherwise get a meal.

Read: Viral pictures show the impact that Marcus Rashford made with his social work

He also played a major role in forcing the government to perform a U-turn on their plans to scrap free school meals last year.

MPs had voted to stop the free school meals scheme during the Christmas holidays and into Easter. But the government changed their plans after Rashford’s intervention, and announced they would be continuing the scheme.

Last month, the United forward signed a joint letter, along with a number of industry leaders, to call on the government to continue to scheme for the next three years. Chancellor Rishi Sunak, however, rejected the calls.

Rashford was appointed a Member of the British Empire (MBE) as part of the 2020 Birthday Honours.

The accolade was awarded for services to vulnerable children in the UK during the Covid-19 pandemic. Rashford said he was “honoured” to be given the title. He added that he felt he was still “at the beginning of the journey” in what he wanted to achieve.

Rashford has spent his entire career playing for Manchester United. He came through their youth system.

In a major positive for United fans, the 24-year-old said in May that he was at his ideal club, but said he would “never say no” to moving to either of Spain’s biggest clubs – Real Madrid or Barcelona – in the future.

He told The Guardian: “I would never say no [to playing in a different country]. Other than United? I’m a big fan of Real Madrid and Barcelona, because they’ve always had great players and played attractive football.”

During his Manchester United career, Rashford has broken a number of club records.

In scoring a brace on his professional debut against Midtjylland in 2016, at the age of 18 years and 117 days, he became the youngest United player to score a goal in Europe. He broke a 51-year-old record that George Best previously held.

Last year, at 23 years and 24 days, he became the youngest United player to score 15 goals in all European competitions, breaking Wayne Rooney’s record.

In total during his United career, Rashford has netted 91 goals in 276 appearances in all competitions.

In May 2021, Rashford authored his debut book. It is titled ‘You Are a Champion: How to Be the Best You Can Be’.

The book explains to children how they can achieve their own dreams. It contains anecdotes from Rashford himself and advice from a top performance psychologist.

Football journalist Carl Anka, who authored the book alongside Rashford, told BookTrust that the book is “designed to help [people] recognise the potential within them, to get them to celebrate the brilliant things they have done already”.