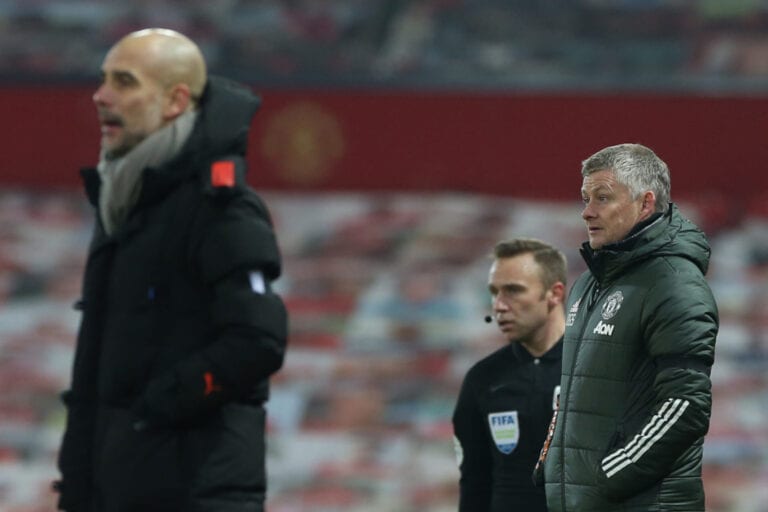 It’s always one of the biggest games of the season, and this will be no different. Manchester United, led by Ole Gunnar Solskjaer, will meet Pep Guardiola’s Manchester City in a mammoth clash at Old Trafford.

Both sides have been through their struggles recently, but one is undoubtedly in a better position than the other.

City are very much in the hunt for the title and potentially the treble. On the flip side, United fans are well aware that this could be Ole’s final game in charge.

With tensions so high, we’ve down a few of the more intriguing match-ups for Saturday’s game in MCR.

If there’s one man who knows how to find the back of the net this season, it’s Cristiano Ronaldo. The Portuguese sensation has already scored nine goals in 11 appearances, and while some think his presence could ultimately prove detrimental, his track record says differently.

Meanwhile, Ruben Dias has been an ever-present member of City’s defence since the campaign got underway. The club have kept six clean sheets in the Premier League. Dias has quickly established himself as one of the league’s best defenders. We believe he has what it takes to stop his compatriot, CR7, on Saturday.

Aaron Wan-Bissaka tends to be hot and cold, but there are few better in the league when he’s on top form. Grealish is all about going straight at defenders and challenging them to go in on him, which Wan-Bissaka may be dragged into doing.

Either way, though, we don’t expect to see Grealish thriving in this game. AWB will time a few tackles to perfection, Grealish will edge past him once or twice before Wan-Bissaka recovers, and the Red Devils’ faithful will be forever grateful. 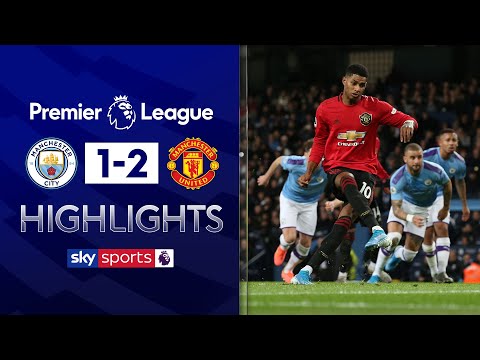 The return of Marcus Rashford has been a truly welcome sight for Ole Gunnar Solskjaer and Manchester United. Sure, he’s still adjusting to consistent first-team football, but three goals in five games indicate that he’s nearly back to his sharpshooter best.

Ederson, however, is one of the best goalkeepers in the sport. He lives for the big moments, and there are few bigger than tussling with your rivals.

It’ll be tense, but we don’t think Rashford will get himself on the scoresheet.

? The latest on injuries and suspensions from both camps ahead of Saturday's showdown ?#MUFC | #MUNMCI

In terms of the game itself and our Man United vs Man City prediction, we’re going to follow the recent history of this fixture. By that, we mean it’s going to be City who struggle more than United. Neither team will be able to get into a good flow or rhythm, and as such, it will end in a somewhat anti-climactic 0-0 draw.

The drama will unfold as part of the Saturday lunchtime entertainment, with kick-off coming at 12.30 pm.