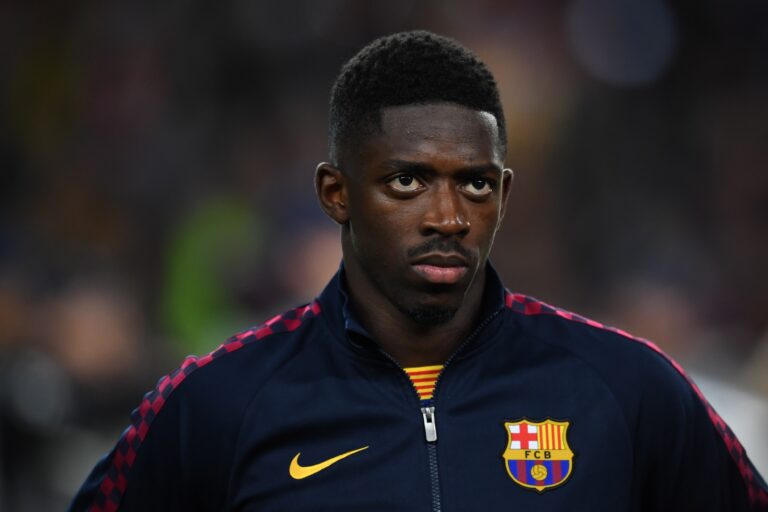 This afternoon, Barcelona fans were left frustrated after the club confirmed that Ousmane Dembele had suffered another injury that would keep him out of action.

On this occasion, the injury is a hamstring strain. Dembele had been on the road to recovery from a separate hamstring injury suffered back in June.

It’s fair to say that when it comes to injuries over recent years, Dembele has had a tough time of it. But how long has he been sidelined in the past? And what does his current injury mean for himself and Barcelona?

What is Ousmane Dembele’s injury?

Barcelona confirmed via their official website that Dembele has a muscle strain in his left hamstring.

They wrote: “For his part, the first team player Ousmane Dembele has a strain in the semimembranosus muscle of his left hamstring.”

“He is unavailable for selection, and his recovery will dictate his return.”

According to data from Transfermarkt, the Ousmane Dembele injury issues have been constant in Spain. He has suffered 13 injuries since joining Barcelona in the summer of 2017.

Seven of those injuries are related to his hamstrings. He has already missed a total of 134 days through injury this season.

The most games Dembele has missed through an injury is the 20 games he missed between September and January in his opening season.

The 24-year-old made 42 appearances in all competitions – the highest in a single season since he moved to Barca.

Did Dembele suffer any injuries before joining Barcelona?

From Transfermarkt data, Dembele suffered one minor injury at his previous club, Borussia Dortmund, which kept him out for a mere ten days.

He played 49 games in all competitions for Dortmund in the 2016/17 season. The previous season, he appeared 29 times for Rennes. The Frenchman only made his professional debut in October of that particular campaign.

When does Dembele’s Barcelona contract expire?

Dembele signed a five-year contract when he joined Barcelona from Borussia Dortmund in 2017. That deal expires next summer.

However, on Tuesday, Spanish news outlet Sport reported that the Frenchman is in negotiations to sign a new contract. They claim that the club and player are “reaching the final stretch” in talks.

As his current deal enters its final few months, many top European clubs are interested in signing Dembele.

Sport reported that he was of interest to both Italian giants Juventus and newly-rich Newcastle United.

Manchester United also attempted to sign the forward on loan on transfer deadline day in 2020. However, the move reportedly, as per Daily Mail, stalled after Barca insisted on inserting a loan to buy option into the deal.