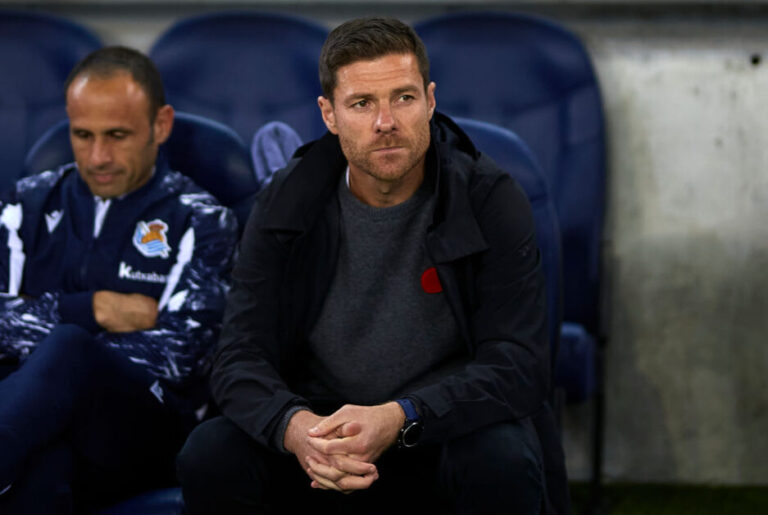 More and more legendary players are becoming managers these days. We all know about the likes of Pep Guardiola or Zinedine Zidane, whose legacy as managers has arguably surpassed what they did on the pitch.

The history of legends turning coaches includes a few unlikely names and many surprising stories. Let’s have a look at some of them.

Raúl took his sweet time to retire. In 2010, he left Real Madrid with 550 games and 228 goals behind him. He played two seasons for Schalke and led them to the Champions League semi-finals in 2011.

Once his Bundesliga adventure ended, he moved to Qatar to play for Al Sadd, staying for another two years. He finished his playing career at New York Cosmos in 2015.

One of Real Madrid’s most legendary players came home in 2018 to train one of the club’s under-15 squads. The big step came only twelve months later when he took charge of Real Madrid Castilla, the club’s reserve team.

Raúl’s first season as Castilla manager was cut short due to the pandemic. However, he was appointed to manage Real Madrid’s team for the UEFA Youth League, which took place over summer 2020. Raúl’s kids ended up lifting the trophy after a 3-2 win against Benfica in the final.

Nowadays, Raúl manages some of those same kids with Real Madrid Castilla. The team, mostly comprised of under-21s, is comfortably in the middle of the table of the third tier of Spanish professional football.

Raúl was one of the candidates to succeed Zinedine Zidane as Real Madrid coach after the Frenchman’s adieu. However, the rumours did not materialise, and the legendary striker continues to wait patiently for his chance.

It was easy to see this one coming.

One of the best cross-field passers to ever step on the pitch, Alonso was also a remarkably intelligent player who overcame his physical limitations with an outstanding football IQ.

After coaching Real Madrid’s under-14s for a year, Alonso returned home. In June 2019, he was appointed manager of Real Sociedad B, then in the third tier of Spanish professional football.

In his second season, Alonso took his squad to the promotion stages, an unlikely feat for an academy team. After a play-off win against Algeciras, Real Sociedad B were promoted to La Liga’s second tier for the first time in 60 years.

Alonso had been rumoured to join Borussia Mönchengladbach as a head coach, but it didn’t happen. With his decades of experience across different leagues, it won’t be long until we see him manage a top-flight European club.

Park Ji-Sung didn’t go immediately into managing once he hung up his boots. The Manchester United legend joined his former club as a global ambassador shortly after retiring. Apart from the odd job as a football commentator, that’s mostly what he had been up to until now.

It took some time for Park to get the managing itch, but he got there in the end. In January 2021, he left Man United again to become a football advisor with Korean club Jeonbuk Hyundai Motors.

Now, the South Korean legend has returned to QPR, where he spent one year once his Manchester United playing days were over. QPR fans aren’t particularly fond of Park’s one season with the club, as it ended in relegation from the Premier League.

Park is learning the ropes under the wing of Chris Ramsey, head of coaching for QPR. He is currently studying for his B Licence and hopes to take his managerial career further. Speaking to QPR’s website, Park expressed his desire to return to his native South Korea to take their football to the next level.

“When I look at Asia or South Korea, administration needs improving compared to Europe and I will look that way,” he explained.

One of Arsenal’s most popular legendary players, Tony Adams retired in 2002 after 19 successful seasons with the Gunners. Due to his defensive savviness and high football IQ, fans thought Adams had the chops to become a solid manager.

After a difficult one-year stint at Wycombe Wanderers, Adams was appointed full-time manager by Portsmouth after Harry Redknapp left for Spurs. He lasted four months in the job after getting only ten points in 16 games.

Two seasons later, Adams became the manager for Gabala FC of the Azerbaijan Premier League. He quit after just one season.

Adams made an unlikely return to coaching in 2017 to save Granada from La Liga relegation. He only sank them deeper, registering seven losses in seven games.

His temp job at Granada left this moment for posterity, so at least it wasn’t all for nothing.

Víctor Valdes’ career was unfortunately cut short due to injuries. The starting goalkeeper for Pep Guardiola’s legendary Barcelona, Valdés’ last years as a player were spent between Manchester United, Standard, and Middlesbrough.

Shortly after retiring, Valdés completed his managerial training and returned home to Barcelona. In 2019, he was appointed manager of their under-18 side.

Unfortunately, Valdés return to Barcelona didn’t last long. He was surprisingly dismissed after only three months and four league games.

It was not the results that cost Valdés his job. After all, his side had three wins and one draw in four games. His dismissal came from a fundamental disagreement with the club’s board and the Blaugranas’s philosophy.

Valdés’ penchant for starting the games with a 4-4-2 formation went against BaBarcelona’style of play. Former player and club legend Patrick Kluivert, then director of football, warned Valdés that all youth squads should play with a 4-3-3 formation. Valdes’ refusal to yield ultimately resulted in his dismissal.

After a brief stint as UA Horta manager in the fourth tier of Spanish professional football, Valdés resigned from the position. He is currently awaiting his next opportunity.