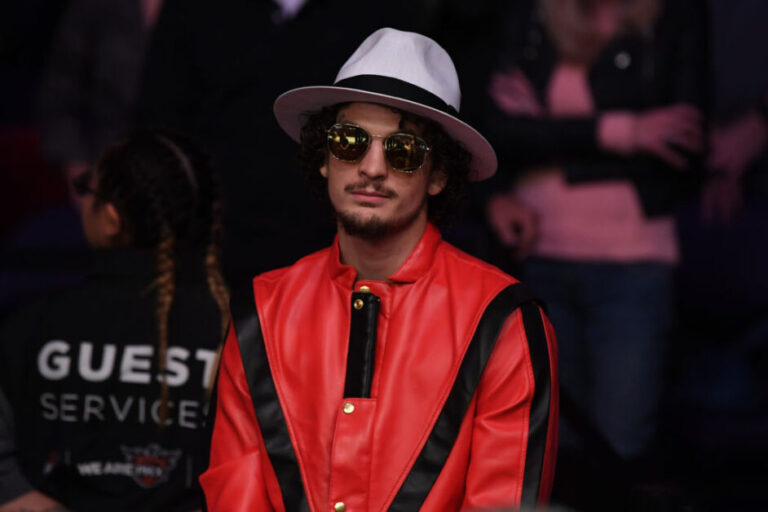 The Montana native is slowly becoming one of the biggest stars in the UFC. His flamboyant hairstyles, charismatic personality and stunning performances in the cage have captivated MMA fans around the globe.

O’Malley’s star power seems to be growing with each of his impressive showings.

In his most recent outing, he crushed Raulin Paiva with a beautiful first-round finish. This victory earned the American his place in the UFC Bantamweight Top-15 rankings. But, more importantly, title contention seems closer than ever.

However, like most fighters, he’s using his platform to create other opportunities. Three years ago, he began hosting the ‘Timbo and Sugar show’ alongside co-host and fellow martial artist Tim Welch.

The show has grown in popularity due to the UFC fighter’s willingness to give his unfiltered opinion on absolutely anything. Therefore, it comes as no surprise that the 27-year-old was willing to really lay into ‘The Chosen One’ following his shocking defeat on Saturday night.

The rising star witnessed one of the most unbelievable moments of the combat sports year. Woodley was a ferocious former world champion with dynamite in both hands. He may have lost to Paul in their first encounter, but he was the aggressor throughout the contest, and if he was to lose the rematch, it was expected to be on points.

Following five lackadaisical rounds, the ex-welterweight king seemed to be in a narrow lead. But that all changed in an instant. His opponent sprung forward with a powerful right hand which connected with Woodley’s jaw and sent him spiralling towards the canvas. He was out before he hit the ground.

The 39-year-old has lost before, but not this embarrassingly, and to a YouTuber, no less. Woodley achieved what most fighters could only ever dream of in the UFC. But according to O’Malley, Woodley’s career will no longer be defined by his accolades in the cage.

What did Sean O’Malley say?

He said simply: “It completely destroyed his f*****g legacy.”

Welch added: “It sucks because no matter what, for the rest of his life, when you google him, that’s the first thing that’s going to pop up.”

O’Malley is more than aware that a severe loss can have a huge impact on an athlete’s psychology. He emphasised that the former world-title holder’s mentality will significantly impact how he copes with this loss.

He stressed: “This could affect Woodley big time, or he could be completely unattached and still be happy, but that’s a skill.”

The Ferguson fighter was renowned for his prolific knock-out power in the cage. However, that doesn’t necessarily mean that he’s a good boxer. His elite-level wrestling ability provided better strikers with a huge distraction. They were so fixated on a potential takedown that it provided Woodley with opportunities to land his heavy hands.

Hopefully, in time, the general public will remember that the sweet science was never his forte. But in all likelihood, this horrific moment will stand out more than any of the fantastic things that he had achieved in his career.

Where will the Suga Show go next?

O’Malley has looked sensational in his UFC retnure so far. Therefore, most fans believe that a future world-title reign is just around the corner.

During a recent interview with Barstool Sports’ Robbie Fox, the president of the promotion claimed that the magnetic young star’s excuses about the sub-par level of his opponents have nothing to do with his contract.

Instead, White declared that the prospect still has a little while to go until he’s capable of beating the best in the division.

He said: “Unless your name is Khamzat Chimaev, fighters can’t move up the rankings as fast as fans are expecting O’Malley to. Sugar isn’t ready yet.”

That assessment hasn’t stopped the dazzling youngster from calling out a plethora of the companies best talent. Following his win on the same card, Dominick Cruz also needs a big fight. A contest between the pair would be intriguing from a competitive standpoint and an entertainment aspect.

The trash-talk that the two men would undoubtedly exchange could make this one of the most highly-anticipated fights of the new year.

But regardless of who Sean O’Malley fights next, MMA enthusiasts are expecting big things when the ‘Suga Show’ rolls into 2022.