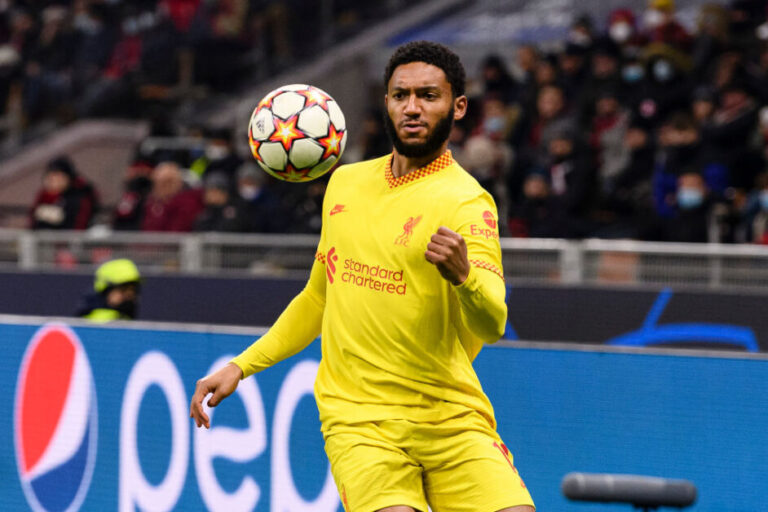 Joe Gomez has struggled through injuries over the last couple of seasons. But that hasn’t prevented the talented defender from generating interest from Real Madrid.

The Spanish club is currently monitoring the 24-year-old who has fallen out of favour at Anfield. But why do ‘The Vikings’ want to add him to their squad?

At his best, the England international is almost the complete footballer.

His composure with the ball at his feet, combined with his athleticism, makes him a valuable asset to any team in the world.

Gomez has impressed Real with his immense physicality.

The exceptionally strong athlete often imposes his size on opposition attackers and prevents them from progressing towards goal.

However, if Madrid intend to make this signing, they may have to pay more than the centre-back’s market value. According to Transfermarkt, the supremely gifted player is worth a reasonable £27million. But with three-and-a-half years left on his contract, Liverpool could request a far higher fee.

The Bernabeu side is desperately searching for new defenders to add to their squad, but as per BBC Sport, their main target is PSG striker Kylian Mbappe.

Fans will likely have to wait until the summer to see whether securing Gomez’s signature is one of Madrid’s priorities.

The 6 ft 2 powerhouse missed most of the last campaign due to a knee injury, and this season he has been plagued by calf and groin issues.

In addition, the arrival of Ibrahima Konate from RB Leipzig last summer has left Gomez fighting for his place in the team.

But as per Liverpool.com, ‘The Reds’ manager Jurgen Klopp laughed off the suggestion that the defender could depart from the club and made it crystal clear that he is a massive part of his plans for the squad going forward.

As of right now, the youngster’s future is unclear. But regardless of where he ends up next season, the highly-gifted player still has a very exciting career ahead.

Read: Five Liverpool youngsters who could have a big 2022