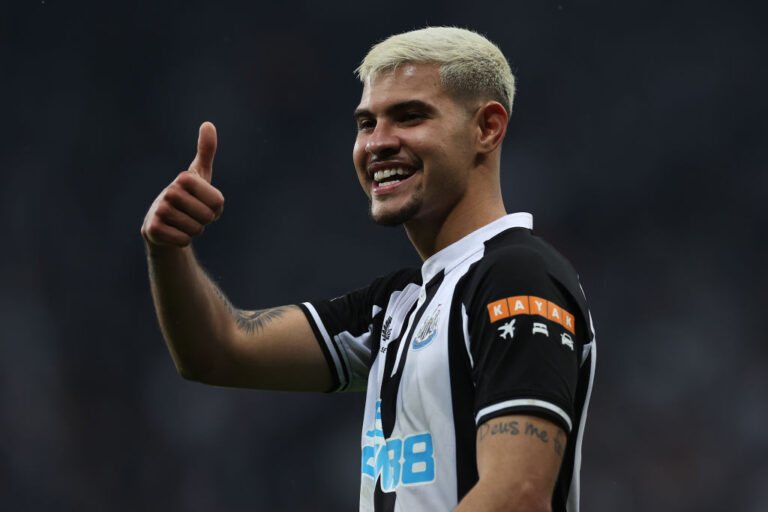 Fantasy Premier League 2022/23 is almost upon us, with the deadline now looming for players to submit their completed squads in time for Gameweek 1.

Whether it’s building a team around two or three expensive pick-ups, or a series of cheap gems, FPL is all about picking the right players, at the right time.

So whilst every player will consider picking the likes of Mohamed Salah, Kevin De Bruyne and Erling Haaland, it is worth casting an eye on those further down the pricing list.

We’ve already looked at five budget forwards to add to your team. With striking options relatively limited, it is arguably one of the most complex areas of the squad to fill.

However, when it comes to midfielders, each player can pick five to add to their squad – as there are more of them. The choices, therefore, are huge – but not all of the midfielders in-game are value for money, as points scoring in FPL is weighted towards goals and assists.

Therefore, we’re going to take a look at five of the best budget midfielders on FPL 2022/23 (£6.5m and under) that can add significant value to your squad:

Martin Odegaard began last season as more of a deep-lying playmaker in Mikel Arteta‘s side. After signing on a permanent deal from Real Madrid – and missing all of Arsenal‘s pre-season – in August, it took the Norwegian some time to find his best form.

As the season went on, however, Odegaard began to have much more of an influence. He regularly featured in more of an attacking midfield role. The 23-year-old ended the season with seven goals and four assists, and 131 points in FPL.

With a full pre-season under his belt, and Gabriel Jesus to provide assists for, expect a big season from the Arsenal star.

Marcus Rashford being one of the budget midfielders on FPL 2022/23 does feel like a bit of a cheat code.

Granted, the Manchester United man struggled for form last season, with just six goal contributions in 25 Premier League appearances. But he has had a strong pre-season under new boss Erik ten Hag. He could also start United’s first game of the new campaign next weekend.

This is the same player that smashed in 17 goals in 31 appearances in 2019/20. In addition, he will most likely feature in advanced forward positions this term.

It may be worth waiting a couple of games to see where the land lies for Rashford in terms of playing time. However, if he is a regular starter, he will be exceptionally popular amongst FPL users.

Fulham are expected to face a tough battle to stay up in the Premier League this term. That’s despite having Marco Silva as manager, and some shrewd transfer dealings so far. In fact, they are one of the favourites to drop straight back down to the Championship.

In their battle to avoid relegation, however, the majority of their attacking play will go through the creative force of Harry Wilson. The Cottagers have a tough start, facing Liverpool on opening day, but their next two fixtures rank as two on the difficulty scale.

The ex-Liverpool midfielder starred in the second tier last season. He scored 10 goals and provided 19 assists in 41 league appearances.

His previous experience of the Premier League, with Bournemouth in 2019/20, saw him net seven league goals. Don’t be surprised if he records a higher return this time around.

After signing from Lyon in a big-money move in January, Bruno Guimaraes quickly became a vital part of Eddie Howe’s side at Newcastle.

Playing mainly in a central midfield role, the Brazil international scored five goals in 17 league appearances. He also added an assist as well.

Given those numbers, a price of £6.0m in FPL 2022/23 certainly seems cheap for a player of his talents. With a full pre-season under his belt, the 24-year-old is again expected to be a key player for the Magpies this season, and is well worth a slot in your team. As one of the budget midfielders in FPL 2022/23, there aren’t too many better options.

We’re saving the most intriguing name on this list until last. At the start of last season, Malcolm Ebiowei was playing football for Derby U18s. By the end of it, he had made 17 Championship appearances, a shining light for Wayne Rooney and his squad.

Ebiowei, who turns 19 in October, then sealed a summer move to Crystal Palace, with reports earlier linking him with Manchester United. It was widely expected that he would leave the club on loan. Eagles boss Patrick Vieira, however, blocked those plans after the youngster impressed in pre-season.

Primarily a winger, Ebiowei has pace to burn, is agile, possesses excellent dribbling ability, and can hold the ball up.

Palace have a history of turning top young Championship players into Premier League-ready talents, with the likes of Eberechi Eze and Michael Olise both making huge strides at Selhurst Park in recent years. Like in real-life, Ebiowei might only be taking a spot on the bench in FPL 2022/23 to start with – but he has enormous potential to grow into a consistent points scorer over the season.