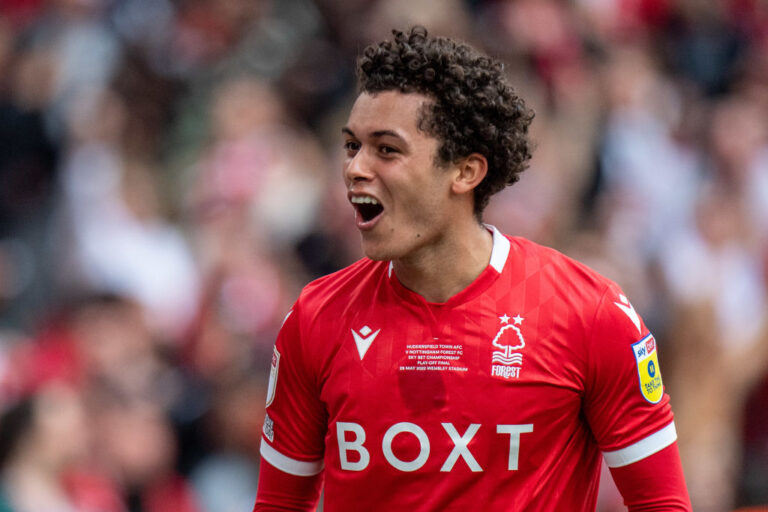 FPL 2022/23 is on its way, with fans now beginning to decide who the best players to include that fit into their budget, from goalkeepers to forwards.

Fantasy football means exactly that – building your fantasy football squad. But it isn’t always easy. That is because you have a restricted budget of £100 million to play with at the beginning of the game.

While that means you can afford the big hitters, such as Mohamed Salah and Erling Haaland, you cannot simply fill out a squad with 15 of the best players in the division.

The trick to playing FPL successfully is to buy the best players and find cheaper gems that have almost as much potential to score you massive points.

With that in mind, we’ve picked out five of the best budget forwards (£7.0m and under) on FPL 2022/23, who we think will pick up some good point-scoring hauls:

One of the Championship‘s top young talents last season, 21-year-old Brennan Johnson is stepping up to the Premier League with Nottingham Forest this term.

Primarily an attacking midfielder who can also play out wide, the Wales international regularly lined up as a second striker in manager Steve Cooper’s 3-4-1-2 system.

Johnson regularly dropped deeper into midfield. He ended the Championship season with an incredible 18 goals and 10 assists from 49 appearances. He could take the Premier League by storm this season, and be a vital cog in Forest’s side for their first season back in the top flight for 23 years.

It feels slightly odd to be calling £50 million man and seasoned French international, Anthony Martial, one of the best budget forwards for FPL 2022/23. However, that’s pretty much what he is on FPL this season.

Martial struggled for form and regular game-time last season under Ole Gunnar Solskjaer and Ralf Rangnick. He spent the second half of the campaign on loan at Sevilla. However, Martial’s form dipped despite a bright start to life in Spain. He was then booed off the pitch after a home game against Real Sociedad.

Reports even suggested that United were willing to pay him an eight-figure fee for the forward to leave Old Trafford this summer.

But with the absence of Cristiano Ronaldo on United’s pre-season tour of Australia, Anthony Martial has taken up the forward mantle. With three goals and an assist in three pre-season games, the Frenchman is reportedly set to start the first Premier League game of the season up front, even if Ronaldo returns.

At just £7.0 million, that could make him a steal.

If the EFL had an official Championship fantasy football game, every user on the planet would have had Aleksandar Mitrovic in their team last season.

The Serbian forward bagged a ridiculous 43 goals in 44 appearances last season. In the process, he broke the 46-game Championship record set by Portsmouth’s Guy Whittingham back in 1993.

Mitrovic has found life harder in the Premier League. He has scored 14 goals across his previous two seasons in the top flight with the Cottagers. But at 27, Mitrovic is entering his prime years. He will be the focal point up front as Marco Silva’s side look to stay in the top flight.

After returning to the Etihad Stadium following the end of his loan spell at River Plate, the big question when it comes to Julian Alvarez is how much game time he will get.

The Argentinian clearly has immense talent. He has drawn comparisons to Sergio Aguero, and scored a remarkable double hat-trick in a match for River Plate last season.

Naturally a striker who can also play out wide, Alvarez will find himself behind Erling Haaland in the striking pecking order. But with the departures of Raheem Sterling and Gabriel Jesus to Chelsea and Arsenal respectively, as well as Pep Guardiola‘s rotation policy, Alvarez will get his chance to sign.

If he matches Jesus’ tally of eight goals and eight assists from last season, he will be £6.5 million well spent.

Our last pick on this list is somewhat of a wildcard. Joe Gelhardt is potentially set to be behind Patrick Bamford in the Leeds pecking order.

But the 20-year-old, who only made his Premier League debut, last season, highly impressed Leeds fans. In isolation, two goals and two assists from 20 appearances are not incredible numbers. However, Gelhardt’s late-season impacts played a vital role in Leeds staying in the Premier League.

That proves his ability to cope under pressure, with the rest of his game likely to develop as time goes on. According to Football Insider, the striker is in advanced talks over a new deal to stay at Elland Road. He has also already featured heavily in pre-season. Expect a big campaign from the former Wigan youngster.