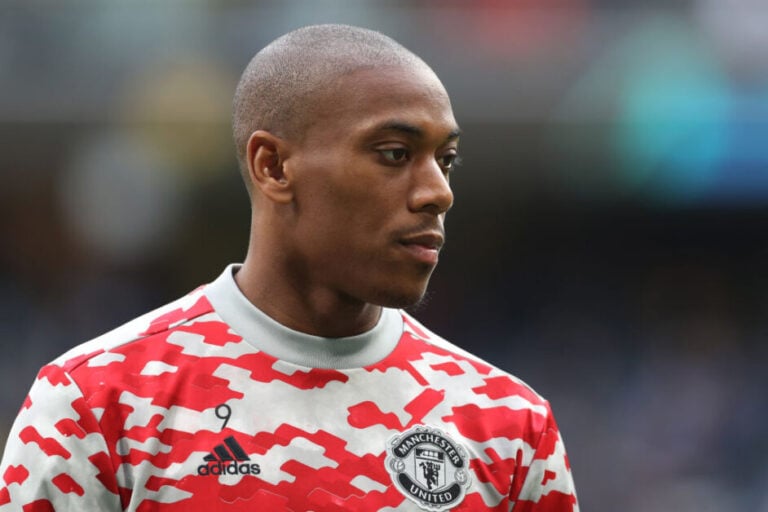 After a fall from grace, Man United have reportedly begun plans for Anthony Martial to leave Old Trafford at the end of the season.

The French star’s form has spiralled on a downward trajectory in recent times. He’s struggled to play to his brilliant best, and despite a loan move abroad, he’s failed to turn things around. Fans hoped a spell with Sevilla would relight the striker’s fire. But if anything, it’s just got damper.

He’s only registered one goal in his 11 appearances. During a game against Real Sociedad, the Spanish fans booed him off the pitch. In 2015, Louis van Gaal brought the striker to the Theatre of Dreams under the impression he’d cement himself as a key figure in their team.

Martial scored 79 goals and provided 50 assists in a United shirt and contributed to plenty of memorable moments. But despite his evident talent and class, he’s failed to reach the heights expected of him in recent seasons. And consequently, it appears his time has run out.

At the end of the season, Erik ten Hag will welcome a new era for the Red Devils. Fans can’t wait. The Dutchman has showcased his incredible managerial prowess through his achievements with Ajax.

However, for him to have the same success at United, he needs to revamp the squad altogether. Sadly for Martial, it looks like he is one of the players on the way out.

Currently, the forward has a contract keeping him in Manchester until 2024, which will cost United around £24 million if they pay it in full.

But according to The Sun (as per the Daily Mirror), the club is willing to give him a whopping £12.5 million to move on. That would, in turn, allow Martial to move elsewhere on a free transfer and get his wages off the books at Old Trafford.

Unless he can produce some miraculous performances over the next few weeks, he’ll be playing his football at a new stadium come the start of 2022-23.