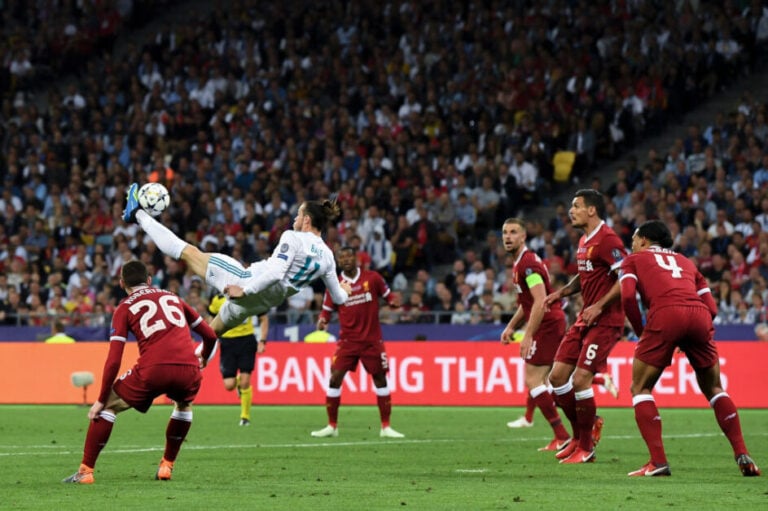 With more than 430 million monthly users, Reddit is one of the most popular websites on the internet.

It’s also a great source for football news. Fans around the globe use Reddit daily to stay updated on the latest transfer rumours and stories. With 3.2m users, the subreddit r/soccer is active 24 hours a day.

It’s easy to fall into a Reddit hole: we’ve all been there. You start looking for transfer rumours for your favourite team and end up spending your entire afternoon watching highlights of the Uzbekistan Super League.

Because of its system of upvotes and downvotes, Reddit is also an immensely helpful tool to have an inkling of what the general opinion on a certain matter is.

With that in mind, we have compiled the five highest-rated goals in Reddit history.

At age 40, Zlatan Ibrahimovic is still a fan favourite. With his star power and charisma, the Swedish forward has legions of fans even in America, where he impressed during his LA Galaxy stint.

Ibrahimovic couldn’t have possibly kicked off his time in Los Angeles in a more spectacular way. Five minutes into his debut for Galaxy, Ibra scored this absolute screamer from well outside the box to level the game against rivals LAFC, who had been up 3-0 until the 65 minute.

Bale’s overhead kick against Liverpool is often regarded as the best goal in Champions League history. The Welshman came off the bench in the second half, right after Sadio Mane levelled the game.

Frustrated by his role in the team, Bale wanted to prove his worth to Real Madrid fans. It only took him a few minutes to impress the world. The British star finished a Marcelo cross with an astonishing bicycle kick that helped Madrid to seal the Champions League title – their third in a row and fourth in five years.

In April 2018, Real Madrid faced Juventus in the Champions League quarter-finals with the hope of advancing to the semi-finals for the eighth consecutive year. The 3-0 away performance in the first leg of the draw might be the highest point in Zidane’s first stint as Los Blancos manager.

Cristiano Ronaldo sealed the win with his second goal of the game, an unbelievable bicycle kick that finished a Dani Carvajal cross. Even Juventus fans applauded when the ball found the back of the net. After the game, Ronaldo claimed that the goal might have been the best in his career.

It was the 2018 World Cup. Down to ten men, Germany desperately needed the three points against Sweden after a surprising first-day defeat against Mexico. Without a win, the then-defending champions would be knocked out.

Toni Kroos stepped up to make sure that didn’t happen with this unbelievable free kick in the last minute. There’s barely any room for the ball to go into the net, but the Real Madrid midfielder somehow makes it look effortless.

It’s as the saying goes: Some of the best things in life are completely unexpected. The aphorism obviously applies to goals as well – and Reddit users seem to agree. This unlikely volley by Borussia Monchengladbach forward Alassane Plea is the most popular goal in Reddit history.

It’s unclear whether Plea actually meant to hit the ball with his left foot; however, his move completely disconcerted the goalkeeper, left at a loss for words as he saw the ball go in. Some fans believed that Plea’s volley had bettered Thierry Henry’s famous fake shot pass.