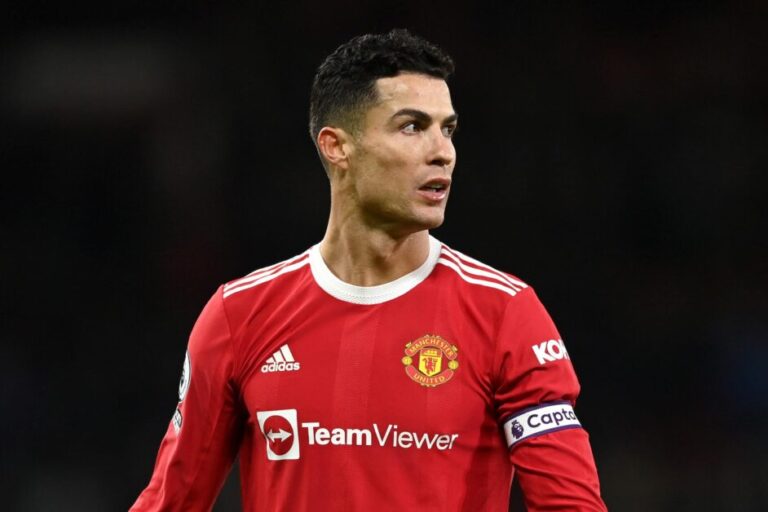 Cristiano Ronaldo has said that he does not accept any mentality of Manchester United finishing below third in the Premier League table.

During an explosive interview with Sky Sports, he also said it was “impossible” for the Red Devils to qualify for the Champions League if their mentality was not correct.

United have dropped to seventh in the top division after a series of poor displays. Their 1-0 defeat at home to Wolves on January 3 piled further pressure on the players and manager Ralf Rangnick.

One Ronaldo quote in his interview was of particular interest. He stated: “I think to build up good things, sometimes you have to destroy a few things.”

In order for United to improve, things clearly do have to change around the club. Performances have not been up to scratch, meaning players have had to regularly defend both the team’s displays and new interim boss Ralf Rangnick.

It is fair to say that Man United fans have been highly critical in recent weeks. Ronaldo’s interview – and his public backing of the German coach – has undoubtedly got supporters talking.

Man United fans have taken to the r/reddevils subreddit to dissect Ronaldo’s extensive interview and have given their thoughts on what exactly is going wrong at United.

Premier League displays have been a significant factor behind fan disappointment this season. Another is that the club still have not strengthened in key positions – including in the defensive midfield role. It is an issue that some fans want to see rectified.

What have the fans said?

One supporter wrote: “Most of the current team are really good at what they do, but the team still needs to be balanced. This team is crying out for a midfielder that shields the backline whilst is also able to pass it forwards … So I do think the answer is in the transfer market.

“United needs a few players in the right positions so everyone else can stick to what they’re good at.”

Other fans, however, suggested that alternative approaches – and expectation levels – would be best suited to United’s current requirements.

One fan said: “When you think how long this club has been in this slump, it’s not even going to be a quick turn-around. Going to take multiple seasons with the right manager, tactics, back of house staff and mentality to even get close to being the team we want it to be.”

Another wrote: “We lost to Wolves, Watford. Drew against Newcastle. These were winnable matches according to our standards. But again we were horrible. Nine points vs one point. We missed out on eight crucial points here.”

Some suggested that Ronaldo should be United captain, whilst others even mooted the idea of him becoming a director.

One said: “I feel like it’s time to give him the armband! I have no idea what [Harry] Maguire has done to still deserve the armband. Cristiano knows what this club means. United is in his DNA.”

A second was of the view: “He turns 37 in like three weeks and we relying on him when players 10 years younger ain’t doing what he is, truly bizarre.”

“This is actually a very big deal, Ronaldo publicly backing the manager whilst calling out the players will do him a world of good,” another claimed.

The 36-year-old legend is determined to put things right at United. Ronaldo usually does precisely that.