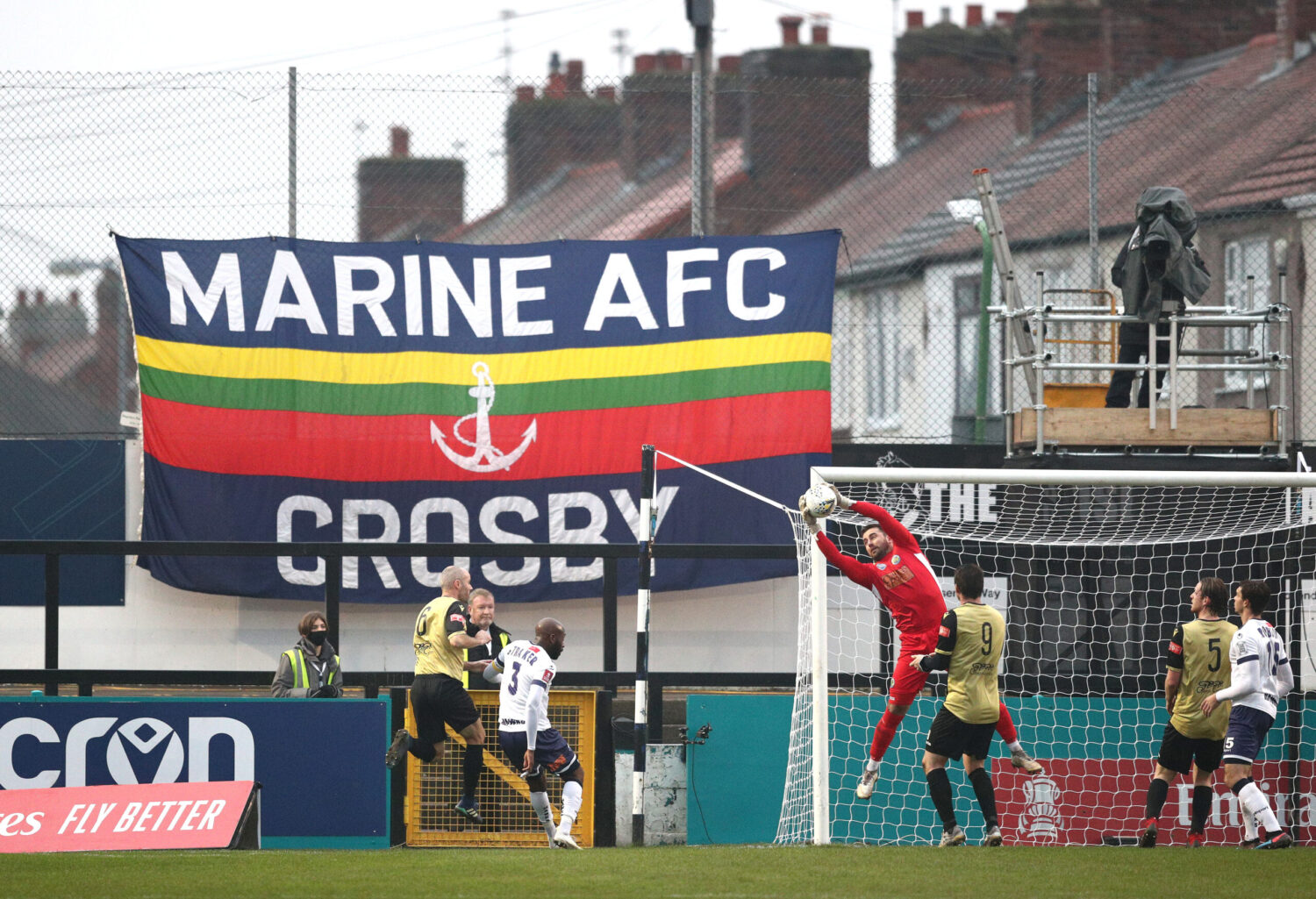 No competition in the world is more synonymous with the term ‘giant-killing’ than the FA Cup.

A tournament that has thrown out some of the great underdog stories, we’ll have everything crossed that Marine FC can add to that list and pull off what would be one of the biggest upsets of all time when they square off against Tottenham Hotspur in the 3rd round.

Sunday’s fixture poses the largest gap between two teams in the history of the FA Cup, with Marine usually plying their trade in the eight tier of the English Football League, in the Northern Premier League North/West Division. We’re going in with the glass-half-full mindset though…

Over the next few days, we’ll be teaming up with Cravendale, who will support as shirt sponsors on the day, to milk the moment for the Merseyside club, helping tell the story of what is undoubtedly one of the biggest days to date for Marine.

You’d probably be forgiven for not knowing too much about the side, so we’ve gone ahead and filtered out five facts to clue you up before Sunday.

On their way to the weekend’s game, Marine have seen off Barnoldswick Town, Frickley Athletic, Runcorn Linnets, Nantwich Town, Chester, Colchester and Havant and Waterlooville.

Sure, Tottenham might be 1/500 favourites, sure, they might have Harry Kane and Son Heung-min in the form of their lives – but this is football, a sport built on defying the odds and come teatime on Sunday, a legendairy chapter could be written in FA Cup records.

In the days leading up to the game and throughout the 90 minutes, Sporf will be milking the moment, giving you an exclusive, behind-the-scenes glimpse into one of the most historic days in Marine’s history, and hopefully, a sour one in Tottenham’s.

Part of a paid partnership with Cravendale.