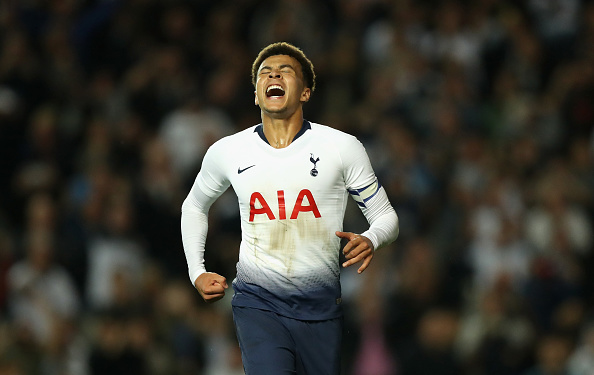 It looks like Dele Alli’s Spurs career may be over. As after 18 months under Jose Mourinho the midfielder looks destined to move away from Tottenham.

When Mourinho first arrived, it looked like he had reinvigorated Alli as he returned to his old form scoring four goals in his first four games. Unfortunately, as time has gone on Alli has not been a part of Mourinho’s plans. His appearances have been limited to Europa League and Domestic Cup competitions.

The Alli of old

In 2015-16 Tottenham looked to have unearthed a gem in Dele Alli. In his first season in the Premier League aged just 19 he scored 10 goals and got 9 assists. Another fantastic season followed where he scored 18 Premier League goals from midfield.

Alli’s clever runs in behind from deep were refreshing to the Premier League. Alli was becoming the type of goalscoring midfielder that had been missing since the time of Frank Lampard and Steven Gerrard.

The two-time PFA young player of the season broke on to the scene and had the biggest clubs on the world on high alert. An England call beckoned and Alli has since gone on to pick of over 30 caps for his country.

In recent years Alli has not been as prolific and has lost his place in the England set up. Players such as Jack Grealish, James Maddison, and Phil Foden have now surpassed Alli.

Despite looking promising when they first teamed up, Alli and Mourinho do not fit together. Alli is the newest addition to a large list of free roaming players sacrificed by Jose to improve the team’s defensive solidity.

Mourinho does not believe that he can afford to let Alli express himself in a nomadic number ten role as it leaves Spurs vulnerable at the back. Similar scenarios have been seen with Paul Pogba at Manchester United in the Jose era.

People have often questioned Dele Alli’s attitude as he comes across to some fans as arrogant. On the pitch Alli has always been fully committed to the cause but in the All or Nothing documentary about Spurs it was revealed that Alli is a lazy trainer. This will not have not of helped his situation at the club.

New start at PSG for Dele?

Alli needs a fresh start to rediscover the form that made him a great player.

PSG looks the likely destination according to the rumour mill. A move to French capital would mean Alli would be playing with superstars like Neymar and Kylian Mbappe.

The dominance of PSG in France could mean that Dele Alli could operate in a freer role. This would mean that he will have the opportunity to showcase his creative talents.

If Alli moves to PSG it is imperative he hits the ground running as time is running out for him to win his place on the plane to Euro 2020.

Do you think Alli can win his place in the England squad for Euro 2020? Let us know @SPORF