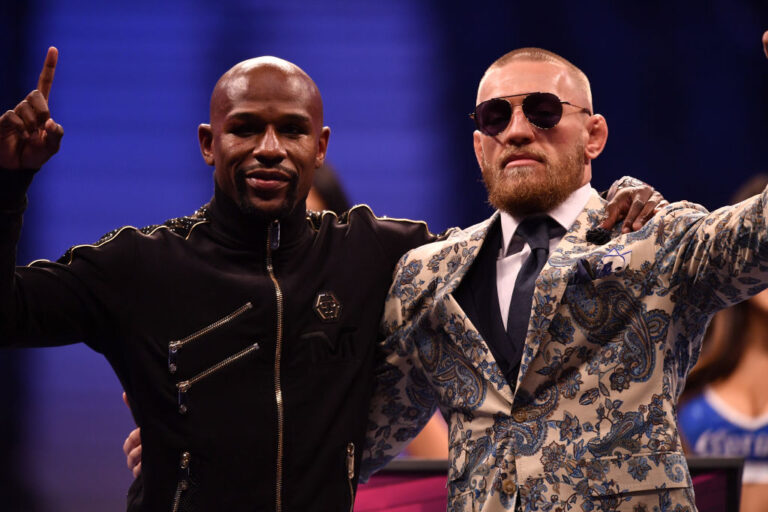 Following one of the biggest build-ups in boxing history, two of the most famous fighters settled their beef. Still, for some reason, we’re now potentially looking at Floyd Mayweather vs Conor McGregor 2 coming down the pipeline.

In 2017, the pair of juggernauts traded wild insults over a worldwide tour before finally going toe-to-toe in the ring. At the time, the Irish sensation was at the peak of his powers, coming off a win over Jose Aldo, a heated rivalry with Nate Diaz and an epic performance against Eddie Alvarez. However, regardless of his charisma and high-level striking skills, he never possessed the ability to beat the boxing great.

Yet, in a testament to his promotional skills, he convinced a large percentage of the casual fans that not only would he win, but do it in style. And for the first three rounds, his army of fans believed he’d pull off the impossible. However, in typical Mayweather fashion, the American titan simply downloaded the necessary data and went to work.

As the rounds passed, the MMA legend tired, and the American took over and stopped his gassed opponent in the tenth round. The fight made for a reasonably entertaining affair. However, it certainly didn’t leave fans begging for a rematch. But irrespective, it looks like that’s what we’ve got.

Floyd Mayweather vs Conor McGregor 2 is almost a done deal

The two sporting icons are in negotiations in the hope of replicating their previous success. However, they may face some obstacles. For one, the hype isn’t there. The aura that used to so famously ooze off McGregor has faded into the abyss after losing several big match-ups.

And after going the distance with Logan Paul, the appetite to see Mayweather grace the ring again also seems borderline non-existent. However, in all likelihood, if they can make it make financial sense, it’ll happen.

To get it over the line, McGregor demands that the fight go down as an official bout rather than an exhibition.

A source told The Sun: “Conor will only take the fight providing Floyd is willing to put his professional record on the line – so the fight will not be an exhibition, it will be an official fight. It will be at 155lb. That’s what we know so far.

“It will be the last time Floyd ever steps in the ring, so it is not one to miss. The deal is very close to being done. Personal terms have been agreed on both parties. It will be one final showdown. And yes, records will be at stake. Floyd sees it as the end of the Mayweather era and the beginning of the Gervonta Davis era.

“He believes it will be the biggest night boxing will have ever seen and has been saying ‘People best be ready because it’s going to be something spectacular’. There are arguments about the rounds at the moment, with Conor’s team wanting ten rounds. But the deal and rights are certainly getting there.”