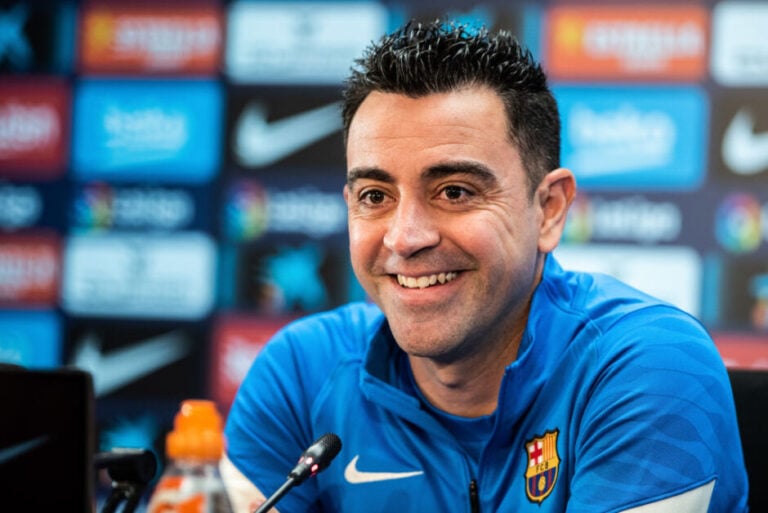 Seven years after leaving the club, Adama Traore has returned to Barcelona.

Traore was born less than five miles from Barcelona and came through the club’s fabled La Masia academy. This system previously produced the likes of Lionel Messi, Andres Iniesta and current manager Xavi.

However, the 26-year-old left in 2015 in search of more regular football having made just one appearance for the first team.

He moved to Aston Villa followed by a spell with Middlesbrough. He joined Wolves in 2018, forging a reputation as an exciting winger at Molineux.

Traore joins Barcelona in a deal that could cost £29 million

With 18 months left on his Wolves contract, Traore has moved back to Spain initially on loan. However, his stay could be extended further.

For the entirety of the deal, which runs until June 30, Barcelona will pay all of the winger’s wages. The club also has the option to make the deal permanent.

Sky Sports reports that it would cost Barcelona £29 million if they took that option.

A move back to Barcelona for Traore also means a reunion with club legend and current head coach Xavi.

When Traore departed the Camp Nou in 2015, Xavi had just finished his final season for the club. It concluded with him winning the treble for the second time in his career.

But the pair’s history goes back way further. Footage emerged of Xavi, alongside teammate Andres Iniesta, teaching a group of academy players including Traore.

In the clip, the two midfield greats are training the group in drills that are designed to improve the players’ techniques on the Camp Nou pitch.

Traore earns the praise of Xavi

In the first drill, the players practice their dribbling by weaving through cones with both feet before shooting into the goal.

As Traore takes his turn, Xavi compliments him by saying “very good” and the future winger is seen with a big smile on his face.

In the next clip, Traore is shielding the ball from Iniesta before the rolling his way past the Barca legend and shooting into the net, again with a big grin on his face.

In the final drill, Traore is seen collecting a pass before hitting a shot into the net.

Xavi will be hoping those skills remain fresh in Traore’s memory as he looks to push Barcelona up the La Liga table.