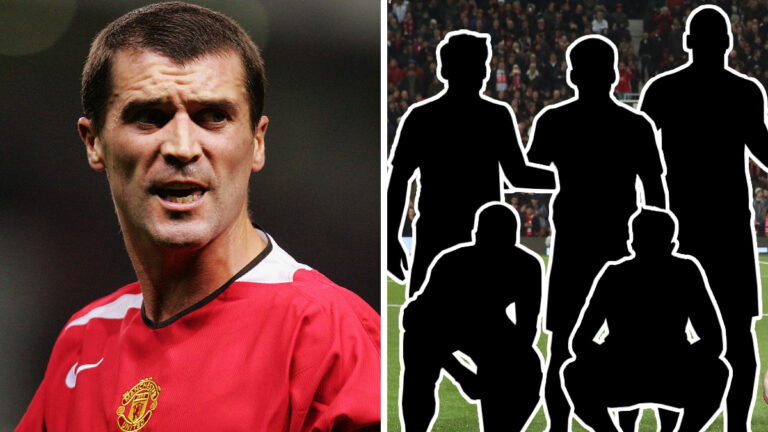 Love him or hate him, it’s impossible to ignore what Roy Keane achieved in the game and a lot of the time he does offer a fascinating, if slightly outspoken, insight into the game.

It’s well-documented that the long-time captain left United on unfavourable terms, publicly falling out with Sir Alex Ferguson on his way out.

While Keane has hardly heaped praise on Ferguson during his punditry appearances, it seems these days that he’s softened towards his old colleague. During a segment on Monday Night Football, the midfielder admitted that they “both really loved and wanted to do what was best for Manchester United.”

“I think we both really loved and wanted to do what was best for Manchester United.” ❤

Roy Keane lifts the lid on his relationship with Sir Alex Ferguson and the Manchester United dressing room. ? pic.twitter.com/a93a85L6bH

In that same conversation, Keane was also asked to list the players he had played alongside that he considered world class. In typical fashion, despite being present throughout United’s finest years, the seven-time Premier League winner only managed to muster up five names.

The first in his list was Ryan Giggs, citing the Welshman’s longevity as the main reason for his inclusion.

“I always class the world-class players as lads who were doing it for nine, 10, 11 [years] – obviously Giggsy’s done it for a lot longer. To me, that’s the key to being a really good player: you’ve got to be consistent.

“We see players now, they’ve having a good month and patting themselves on the back. You have to be good for years and years, and Giggsy would have been a prime example.”

Another Welshman was a surprise inclusion, with Mark Hughes making the list due to him being a “brilliant striker.”

Few would argue with Keane’s next addition, as Eric Cantona earned the Irishman’s praise.

There was also space for a former midfield parter, as Keane offer an understated “Scholsey was brilliant.”

Dennis Irwin took the final spot on this exclusive list. “Denis Irwin… My god, imagine if Denis Irwin was playing now. He could play left-back, right-back, get you a goal, knew how to defend, never injured, a brilliant guy in the dressing room. Denis would be world-class to me – and he’s a Corkman!”

That leaves a number of notable omissions, the likes of Wayne Rooney, Cristiano Ronaldo and Peter Schmeichel all missing out.