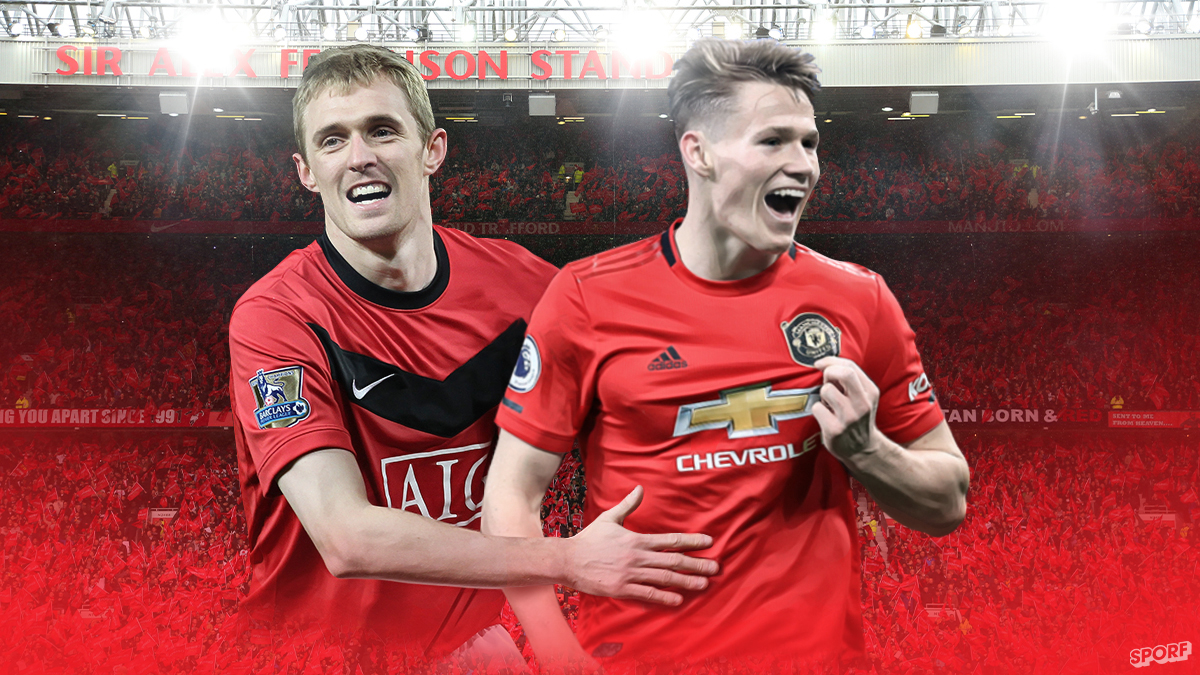 It’s far too early to suggest Manchester United may finally be getting things together – we’re finally seeing the occasional glimmer though.

After a torrid six years and season after season of no direction, Ole Gunnar Solskjær seems to be the first manager since Sir Alex who has got his transfers right. This isn’t to say his time has been faultless, though every signing the Norwegian has made, has undoubtedly improved club.

Aside from the new business, the gaffer’s record with youngsters is encouraging too, with Mason Greenwood flourishing, Marcus Rashford having his best season to date before injury and Brandon Williams looking the part at left back.

One of his biggest successes has been Scott McTominay – who has become a vital piece of United’s midfield. The Scot’s work rate has never been in doubt but the 23-year-old is developing into more than just a workhorse.

Thanks to this strong run of form, we’re beginning to see similarities in McTominay’s game as those displayed by his fellow countryman and United cult hero, Darren Fletcher.

While on paper it may not be the most glamorous comparison, you’d be hard-pressed to find any United fan with a bad word to say about Fletcher, who made more than 200 appearances for the club after rising through the youth system.

Fletcher built a glowing reputation at the go-to man for big game clashes – his tenacity made him a key weapon in Ferugson’s arsenal and Mourinho praised the midfielder after he was ruled out of the 2009 Champions League final, saying “Fletcher is more important than people think … he ‘eats’ opponents in defensive transition.”

During his lengthy spell on the sidelines, it became obvious that McTominay now occupies that same sort of space that Fletcher did. Without his presence United’s midfield looks flimsy, is easily overrun and lacks far less fight.

While we’re under no illusions that there are others more naturally gifted, the Scot’s work rate is the kind that allows those around him to flourish. He deserves at least some of the credit for Fred’s strong run of form and his discipline will afford Bruno a more free role going forward.

It’s rarely going to be glamorous but the 23-year-old has quickly become a favourite among fans at Old Trafford. If he can look back on his time with even half of the reputation that Fletcher signed off with, he’d have something to be immensely proud of.