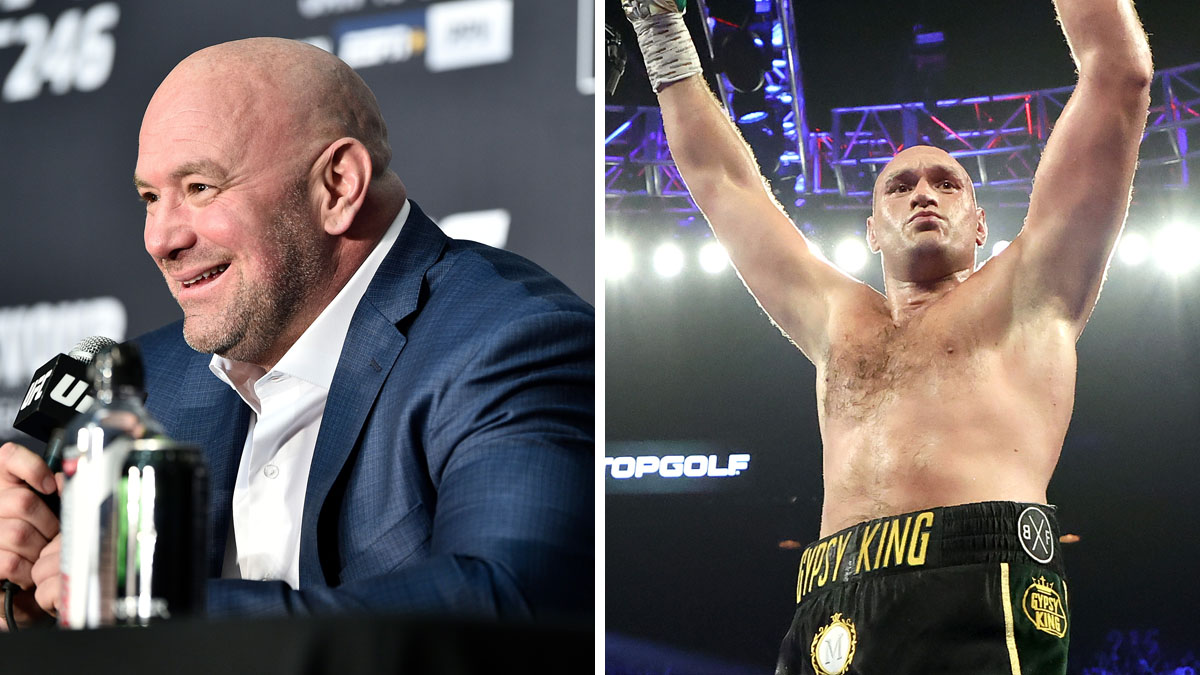 Tyson Fury has some huge decisions to make in the near future, though a third and final fight with Deontay Wilder seems increasingly likely to be next up.

After Fury comfortably beat the Bronze Bomber, his opponent’s camp look set to activate a rematch clause which will likely see the two meet again in July.

After that fans will be hoping the long-awaited showdown with Anthony Joshua might finally materialise. Should Fury come through those two fights victorious, it will certainly be interesting to see what the Gypsy King chooses for his next career move.

Having already appeared in the WWE, Fury has previously spoken about the possibility of making the jump to UFC – though it’s unclear how serious he is about that.

Now Dana White has spoken on the possibility of that ever happening, insisting he’d be open to the idea.

Talking to TMZ Sports, White discussed the boxer’s future: “I’m interested in the future of Tyson Fury in all combat sports!”

His comments came after he discussed the effect Wilder’s 45 pound entrance suit had on his performance.

“Fury fought a perfect fight. But, if you think about boxing and fights when fighters are getting ready, they’re in the back. They’re relaxing. Some guys sleep. Some guys just lay around and chill. Then you get up, you time it out, do your warm-up. Then you throw something on to stay warm. You don’t put all this gear on and all this stuff. That’s why I don’t do any of that bulls**t in the UFC. I don’t like it. I don’t like any of that.”

Could Fury really make the switch into MMA? It would definitely make for interesting viewing.