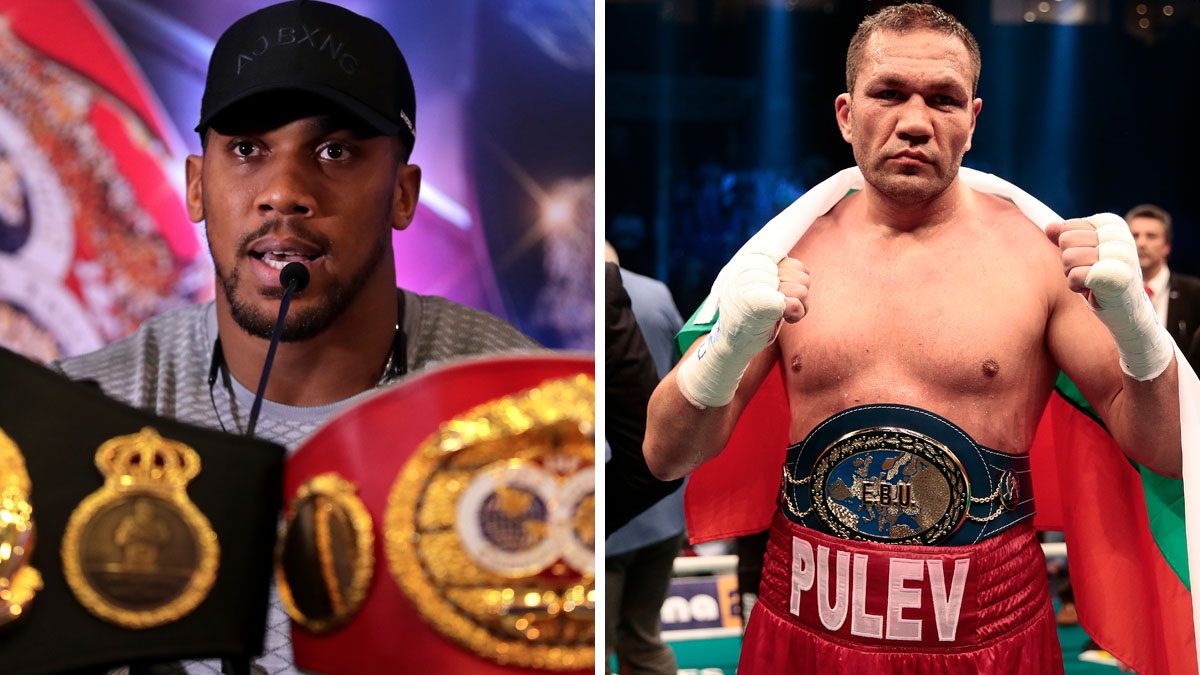 With Anthony Joshua set to face Kubrat Pulev at the Tottenham Hotspur stadium on June 20 the heavyweight champion has offered up his prediction on how the fight will go.

Joshua will defend the WBA, WBO, IBF and IBO belts he reclaimed from Andy Ruiz in their December rematch against the Bulgarian fighter.

Speaking to William Hill, the Watford fighter was full of respect for Pulev but insisted he would successfully defend his belts.

“[He’s] Been in the game for a while. He went to the top level and then he got defeated,”

“So he knows his way around the ring. He’s had his chance at the top level and now he’s coming back again, so he’s going to be trying to get it right. I’ll be expecting a more polished, smarter Pulev and he can bang a bit as well, he’s had a few knockouts on his record as well.

Joshua went on to say the fight would most likely finish with a knockout thanks to the similarities in their fighting style.

“He can bang and he can box, so he’s a boxer-puncher, kind of like my style, so it’ll be a good match-up for sure.

“We’re going to box, people are going to be seeing some skills and they’re probably going to see a knockout as well because we’ve got two boxer-punchers.

“The best man will come out victorious.”

Perhaps surprisingly, the champion thinks the fight will go to the 11th round before he stops Pulev, who only has one defeat to his name, at the hands of Wladimir Klitschko.

If Joshua’s prediction comes true, fans will be hoping to finally see the long-awaited meeting of him and Tyson Fury, who looks increasingly likely for one final showdown with Deontay Wilder.

Eddie Hearn has openly spoke about trying to get a deal for an all-British unification fight between the pair over the line, which would undoubtedly make for one of the biggest heavyweight clashes in recent memory.

Tyson Fury explains why he’s worried about Usyk vs Joshua

Tyson Fury explains why he’s worried about Usyk vs Joshua