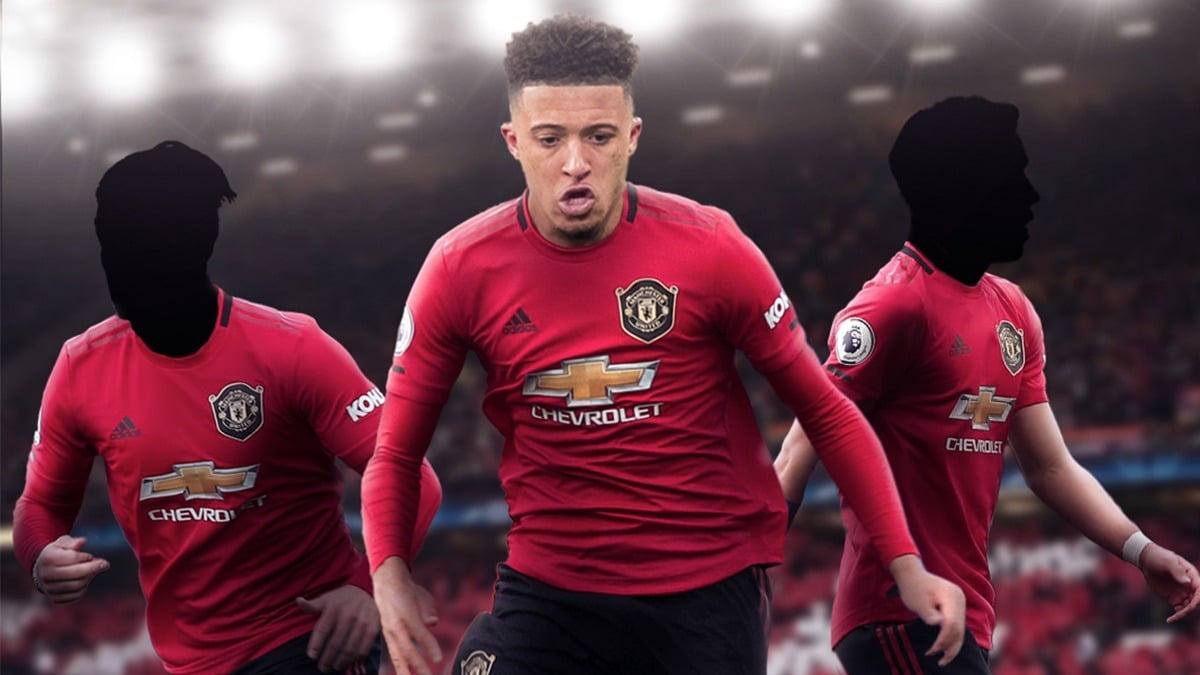 We’re under no illusions that Manchester United are still a long way off where they want to be. For the first time in a long while though, fans have the odd reason to be a little more optimistic.

The arrival of Bruno Fernandes has had a colossal effect on the mood inside Old Trafford, with the Portuguese playmaker making the perfect start to life in Manchester. His impact only begs the question though, why his move wasn’t sorted in the summer.

United’s floundering transfer strategy has played a huge part in the club’s struggles post-Ferguson but whatever your opinion on Solskjær, he’s the first manager whose signings have all improved the side.

While we’ve seen that simply throwing money at high-profile names isn’t a long-term solution, it’s also an essential part of competing amongst the game’s elite.

There are three positions in particular most United fans would agree need strengthening. The right side of that front three, a natural number 10 and a more imposing centre back.

Sancho took a huge risk when he left Manchester for Dortmund in 2017, to say it’s paid off wouldn’t even begin to cover it.

The 19-year-old’s attacking threat has earned Sancho superstar status in Germany, becoming one of the most sought-after talents in world football, averaging a goal or an assist every 127 minutes.

Now a regular in the England setup, the attacker is years ahead in his development and if United were to priorities one marquee signing, it needs to be Sancho.

A front three of Rashford, Martial and Sancho with more reliable service from Fernandes behind them could be a terrifying prospect for opposition defences.

Jack Grealish’s stock has skyrocketed this year and it finally seems as though the midfielder has come of age, reaching the potential he’s been touted to for years.

In all honesty Grealish could most likely have secured a big move away from Villa Park last year and it’s testament to him that he’s stayed and fought for his boyhood club.

We’ve seen him shoulder responsibility on a regular basis at Villa and that maturity has transformed Grealish into one of the best attacking midfielders in the league.

Should Villa fail in their survival battle, there’s a very real chance United may be able to get the Englishman at a cut-down price too.

It’s someone United have been linked with on more than one occasion and Varane in particular would likely rely on the club securing Champions League football.

The Madrid man is a Rolls Royce of a defender and is without a doubt one of the best in world football. Strong, fast and tactically aware – Varane could form a formidable partnership with Maguire in the heart of United’s defence.

It would be some coup if United could pry the French star away from Madrid, especially given that Ramos is past his peak years – however Varane has achieved everything possible in Spain and the Galácticos tag doesn’t ring as true as it once did at Real.

Should the rumours linking Pogba to the Bernabéu hold any truth, United could do far worse than negotiating any deal to include Varane.