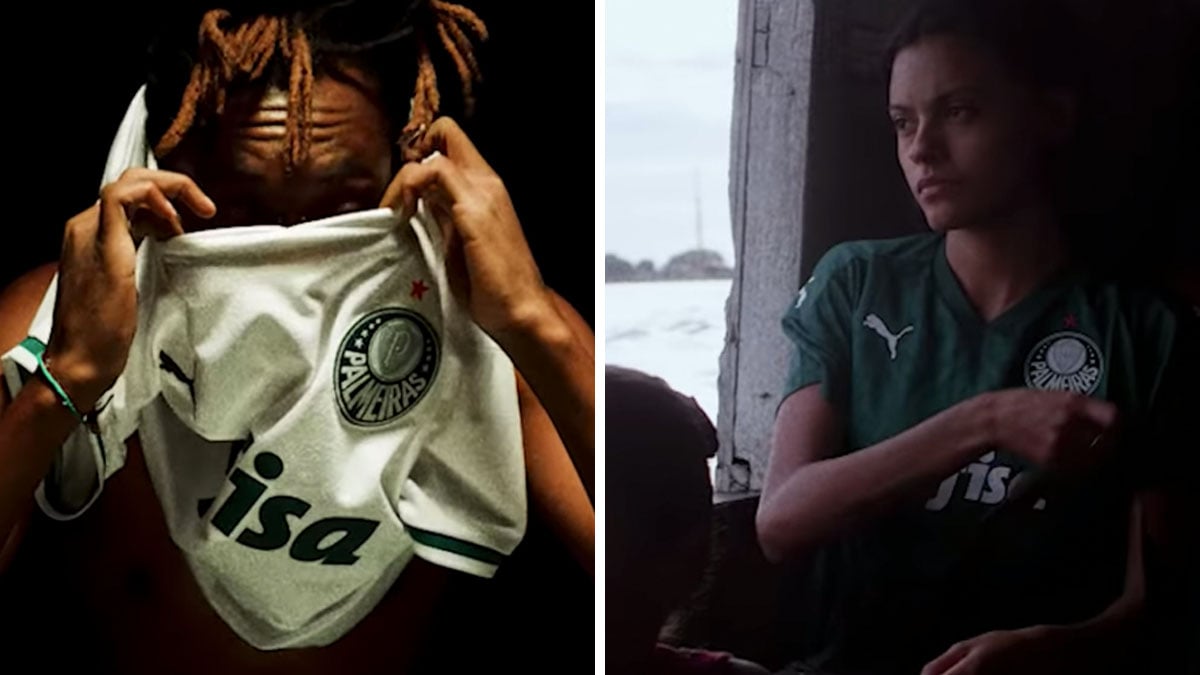 Puma has revealed the brand new home and away shirts for Brazilian side Palmeiras in truly spectacular fashion.

The new kits have been created to “enhance the history of Palmeiras, which was born 105 years ago from the dream of an immigrant colony, grown on the factory floor, and which has become one of the biggest fans in Brazil”

Aside from being strikingly beautiful, the two unique embossed designs are inspired by the handbook illustrations given to Italian immigrants on their way to Brazil.

The subtle background detailing makes both tops far nicer than anything currently sat in my wardrobe, that’s for sure.

The results are nothing short of spectacular, with the cinematic announcement video passing as a film trailer rather than a kit unveiling and helping to tell the incredible story behind the formation of Brazil’s most successful club.

Both shirts feature the Italian flag on the neck, alongside the phrase “Avanti” – meaning “forward” which is another lovely touch.

Imagine rocking up to 5-a-side in one of these? Nothing but sheer admiration from your opponents, who will have no choice but to roll over and concede defeat.