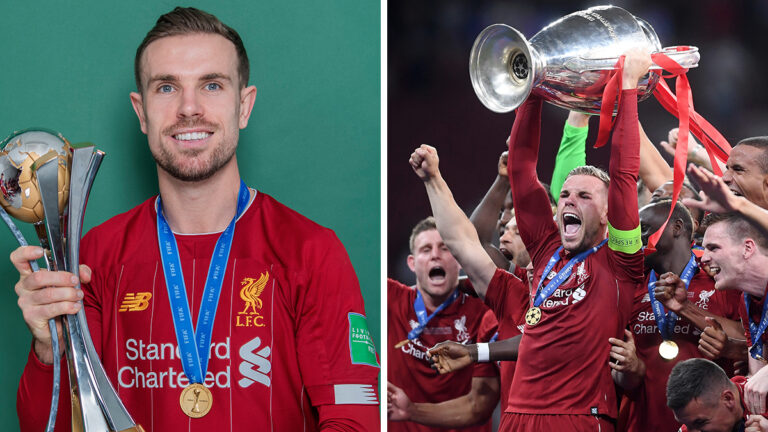 Following years of disappointment, Liverpool Football Club is finally emerging once more as a force to be reckoned with – and Jordan Henderson has played a huge part of that.

Last year’s Champions League victory has spring-boarded the team into a record-breaking league campaign and that long-awaited league title is surely just a formality by now.

Jürgen Klopp has transformed a team once guilty of cracking under pressure, into a machine that seems to, most of the time, find a way no matter what – overtaking one of the finest Premier League teams of all time along the way.

Van Dijk, Alisson, Salah – Liverpool obviously have an abundance of superstars integral to that success. For all the blockbuster names, it’s one man who has come through the tougher times that has played a key role in the club’s resurgence.

Things could have gone very differently for Jordan Henderson. Wijnaldum, Oxlade-Chamberlain, Keita, and Fabinho were all brought in by Klopp to strengthen their midfield – a list of names that could quite easily have spelled disaster for the Englishman’s starting spot.

Instead that injection of quality has taken his game to the next level. Once a steady, no-frills midfielder, there’s been a very noticeable improvement in Henderson’s ability in attacking transitions and his effectiveness with the ball at his feet.

Simple sideways balls have been switched for higher-risk-higher-reward searching passes and in doing so, a very proficient passer has been uncovered to go alongside a relentless work ethic.

Glance through some of the great Premier League sides and there’s always an unlikely and often unsung fixture in the middle of the park. United had Carrick, City had Fernandinho and Liverpool have Jordan Henderson.

That same step up in quality isn’t just evident at club level either, his contribution was essential to the national team’s prolonged run in last year’s World Cup. His level-headed presence offered a much-needed calming element in a team filled with talented youngsters, something which must be called on again in the Euros.

Despite donning Liverpool’s captaincy since Gerrard’s departure, Henderson is never going to be a headline-grabbing figure. What he is though, is a picture of consistency, professionalism, and a testament to working your arse off week-in-week-out.

To hold his place down in a side filled with so much quality is a prime example of just how good a player he has become. After collecting his England Player of the Year award, it finally feels like the midfielder is earning the recognition he deserves.