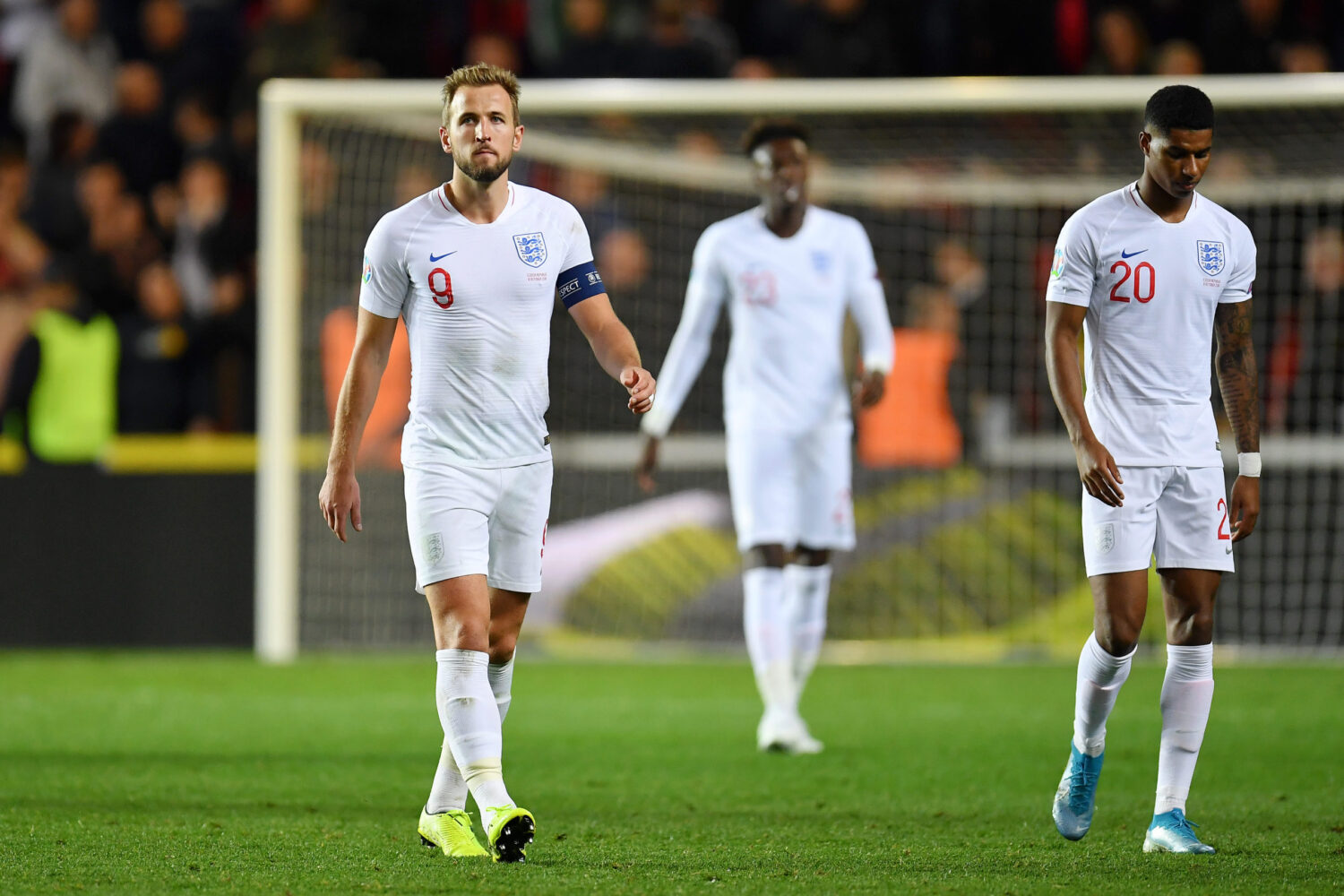 Following on from the World Cup, there’s an unusual sense of optimism surrounding Southgate’s national team that hasn’t been felt for a long, long time.

That excitement took a major hit though, when it emerged that both Harry Kane and Marcus Rashford were facing an uphill battle to be fit in time for Euro 2020.

While it’s still touch and go whether the pair will return before the season’s out, Gareth Southgate says he’s remaining optimistic about their chances.

On Kane, Southgate told Sky Sports: “As far as I am concerned he’s on schedule, with all the information that we’ve had we know that he is progressing well,

“He’ll give himself the best chance of being fit by following everything to the absolute letter.

“I am not surprised by that news and of course it is good to hear.”

Not one to get carried away, Southgate did say he was approaching the situation with a level head but insisted both players were doing all they can.

“[I am] realistic, really. Harry and Marcus Rashford have both had serious injuries, they are both long-term injuries, but both of them will do everything within their powers to be fit and ready for us in the summer.

“The first priority for both of them is to get back playing for their clubs, they are players of Manchester United and Tottenham first and foremost. All being well they will be available for us in the summer.

“I know that both of them want to affect their club’s season and the end of this season.

“They are both optimistic and both are very focused on their recovery. It’s frustrating for any player to have long-term injuries. Both clubs are pushing for the top four so they are missing big games, big European ties they are missing.

“We have to make sure for both it’s not a case of just being fit for us, they have long careers ahead of them as well.”

Tammy Abraham is also struggling for fitness, meaning Southgate could be left extremely short-staffed for the tournament, with Danny Ings and Dominic Calvert-Lewin two of the leading names in contention for a surprise call-up to the squad.