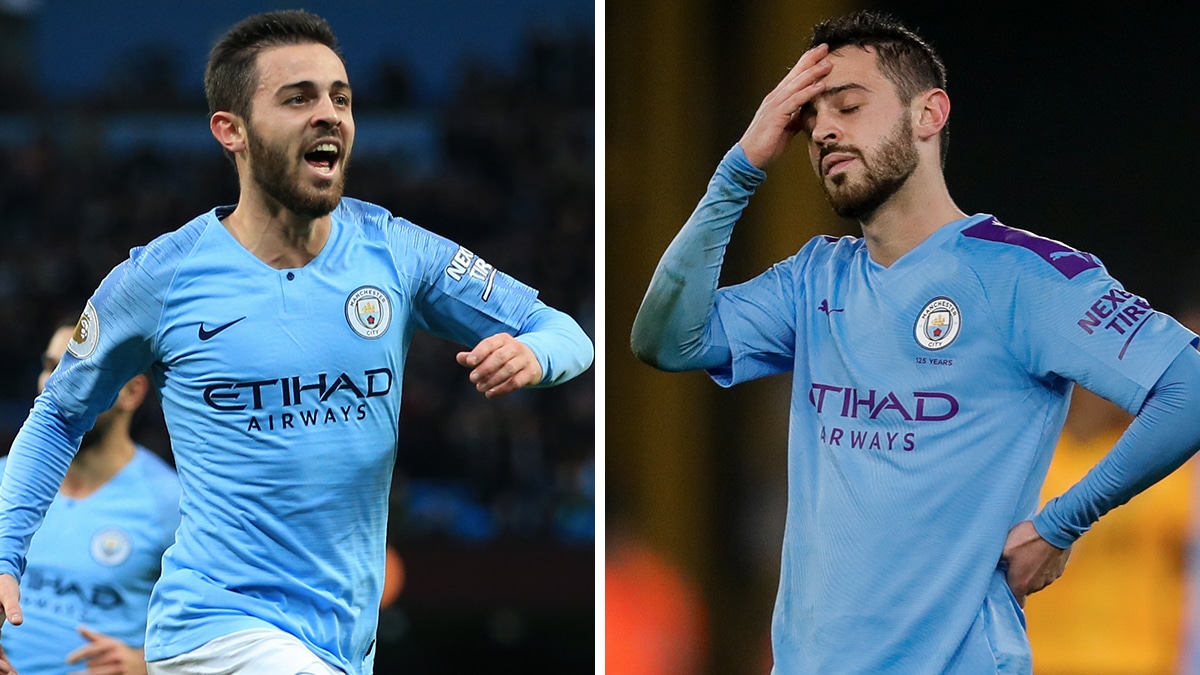 The 2018/19 season saw Bernardo Silva evolve into a world class spectacle: he was arguably the most important player in Guardiola’s domestic quadruple winning side, whilst also winning the Nations League with Portugal, bagging player of the tournament along the way.

There is no doubt that Bernardo is still an exceptional talent and a significant part of Manchester City, but those stats have certainly dropped this season.

Bernardo hasn’t scored in his last 12 Premier League appearances, his last goal coming in the 3-1 defeat against Liverpool in November. It’s been by no means a terrible return, the midfielder is currently on 7 goals and 8 assists in all competitions compared to his 13 goals and 14 assists from last year.

These were exceptional stats for a player utilised off the ball just as much as on it; his relentless pressing defined his unmatched work ethic, winning Guardiola’s trust with ease.

What has gone wrong for Bernardo Silva this season then? It is easy to speculate and jump to conclusions when a world class player isn’t reaching their potential; it doesn’t necessarily have to resemble a crisis either.

Firstly, there was the infamous Twitter incident with teammate Benjamin Mendy. A tweet made by Bernardo was deemed as racist by the FA and he received a 1-game ban. Whilst this was supposed to be a joke between mates, Bernardo had shown ignorance and naivety towards racial stereotypes. It’s impossible to know how much the saga affected Silva, though it was certainly something to reflect on for the player.

Another notable shift is that Guardiola’s side has had to deal with Premier League sides adapting to facing them. Whilst teams have continued to sit back against Man City;  unforgiving counter attacking football has often taken advantage of the team’s defensive vulnerabilities whilst pressing high up the field.

Tactical exhaustion is a gloomy state of affairs, especially with Klopp’s machine in their prime and on the verge of glory. This is not where Guardiola’s astute tactics end though: he has experimented and stunned the likes of Manchester United and Real Madrid with systems that represent new gateways for the team.

Whilst the team enters a transitional phase, players have had to adapt. In Bernardo’s case, there have been major changes to his preferred role as a right winger. As Sam Lee pointed out and analysed for The Athletic: when City struggle to break teams down, they cross relentlessly until an opening is found.

This has meant that the free-flowing football of previous seasons has often been replaced with repetitiveness. This isn’t to say it isn’t effective, but it means creative-minded players may not flourish in the same way.

Riyad Mahrez has been rewarded more minutes too, which has provided new competition. The return of De Bruyne has also seen the majority of the build-up play and creativity shaped around his phenomenal impact on games.

Moving on, it is important to acknowledge the recent FFP controversy, and how it is impossible to determine the future of Manchester City players before concrete punishments are in place. If the Champions League ban stands, it is a defining blow for the club and certainly something that will test loyalties.

For now, we have to assume that Bernardo Silva is still a crucial part of the present and the future for Manchester City.

He remains one of Guardiola’s most diverse players, displaying this in City’s most tactically innovative games this season. He looked especially menacing as one of the many false 9s unleashed against Manchester United in the Carabao Cup semi-final in January.

David Silva’s exit offers more significance to Bernardo’s role in the team. Due to Foden’s unforgivable lack of minutes, he may still not be a regular fixture next season. Bernardo Silva can step into that role with ease.

City’s end to the season could still reach a rich and enthralling conclusion. The Champions League knockout stage began perfectly with a historic win at the Bernabéu followed by a remarkable third consecutive Carabao Cup title last Sunday.

With Pep evidently adapting his tactics with Manchester City more than ever, Bernardo will be pivotal to his plans for the rest of the season; that we can be sure of.