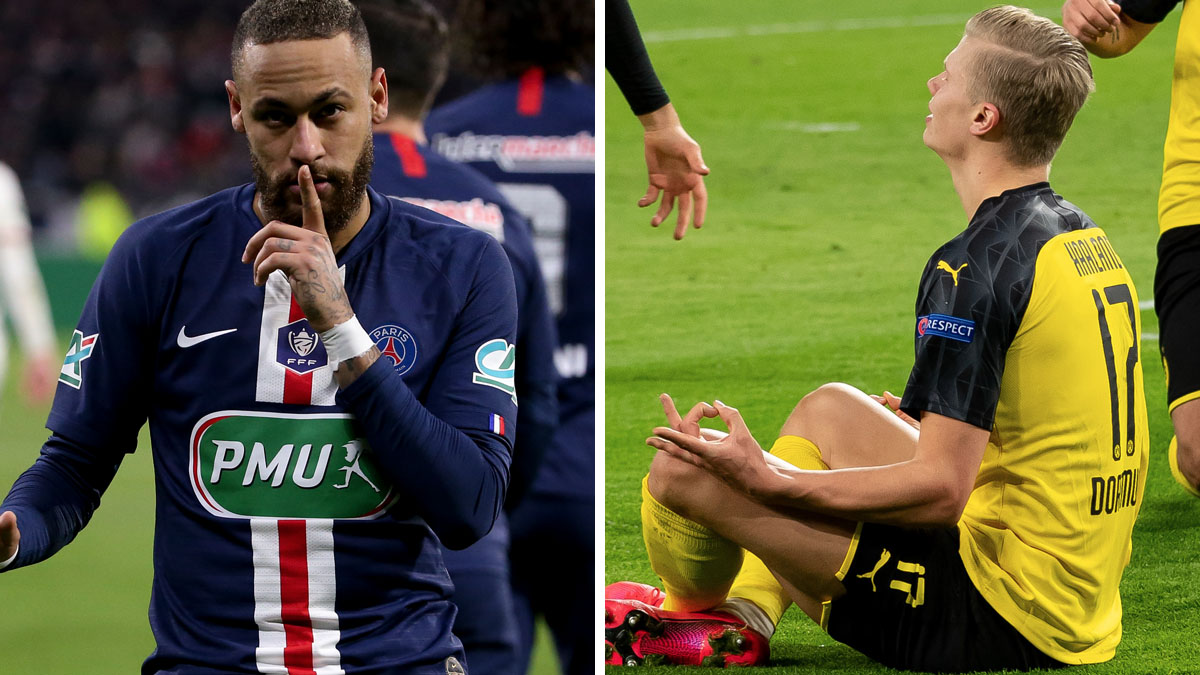 Last night PSG booked their place in the Champions League quarter finals after overcoming a 2-1 deficit against Borussia Dortmund in an empty Parc des Princes.

Neymar opened the scoring in the first half and proceeded to celebrate by imitating Håland’s signature meditation celebration.

The mocking didn’t stop there though, after the full time whistle, the entire squad took to the pitch for a photo striking that same pose.

Celebrations continued on into the changing rooms afterwards, where Kylian Mbappe took to Instagram to share a live video of he and his teammates once again mimicking the Norwegian striker’s celebration.

? Looks like PSG have a new favourite celebration… ? pic.twitter.com/2mRDqbLYki

It seems a Snapchat post from the Dortmund striker could have been the instigator for PSG’s antics, in which he claimed Paris was his city. Neymar later took to his own Instagram to share another photo of himself in the meditation pose, along with the caption “Our city, not yours”.

The reason behind Neymar& the PSG team mocking Haaland was his post on Snapchat before the game saying Paris is his city so Neymar mocked him with his meditation celebration and later posted on Instagram telling him Paris is not his city but rather theirs (PSG) pic.twitter.com/yUY1GZ5ss9

Despite the game being played behind closed doors, large crowds of PSG fans gathered outside the stadium.

The PSG squad took to the roof of the ground to celebrate with their fans afterwards.

The French champions will find out who they face in the next round of the competition when the quarter final draw takes place on Friday.