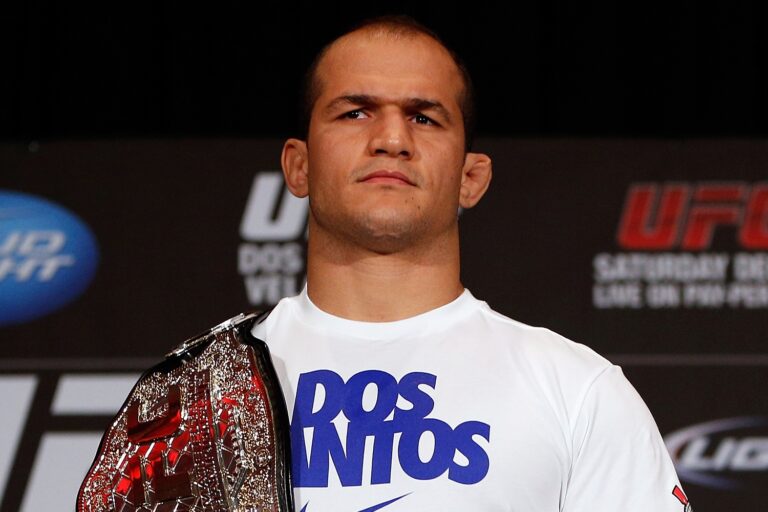 Ever since being released from his UFC contract back in March, many have wondered what the next step in the career of Junior dos Santos was going to be. Some felt as if Bellator would’ve been a perfect fit for the 37-year-old whereas others thought he could do some interesting things in sports entertainment.

Alas, the latter has prevailed with JDS popping up as part of American Top Team’s invasion of All Elite Wrestling in recent months. He’s been by the side of Dan Lambert as tensions have risen with the Inner Circle and now, next week, he’ll make his official in-ring debut in a six-man tag team match on an episode of AEW Dynamite.

JDS will be teaming up with Scorpio Sky and Ethan Page to tackle the alliance of Chris Jericho, Jake Hager and Sammy Guevara in what’s bound to be an interesting test of what dos Santos can do. The tag team format means he probably won’t get a whole lot of time to showcase himself but given how early it is in his transition from the octagon to the ring, that makes sense.

Who knows, perhaps this could even lead to a legitimate Bellator debut for Junior against Inner Circle & Bellator heavyweight Jake Hager.