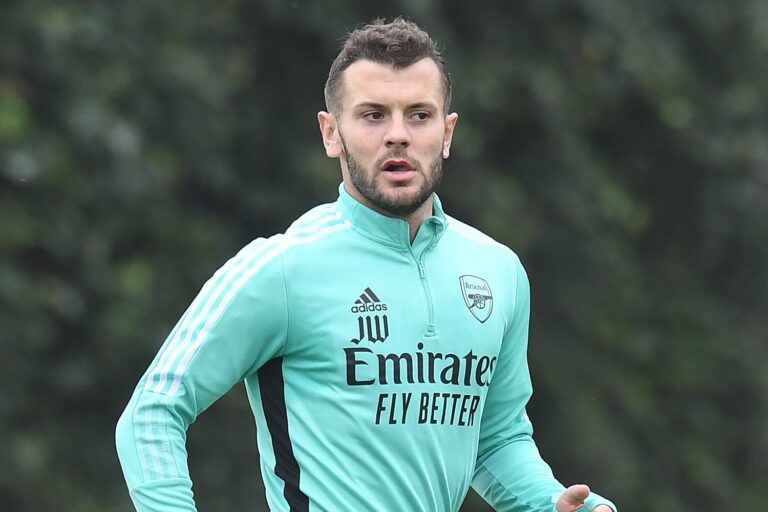 Former Arsenal and England midfielder Jack Wilshere is back training with the club whilst he does his coaching badges.

The tale of Jack Wilshere’s career often features a lot of talk about the many injuries he’s suffered since turning professional, with many believing the 29-year-old’s potential was harmed as a result of his time on the shelf.

Just a few months ago Wilshere himself spoke about the problems he’s had throughout the course of his time in the beautiful game and also about how hard he’s working to try and find a club after being released by Bournemouth.

Now, three years on from when he left the Emirates, the popular midfielder is back in training with the Gunners as he continues to build towards a future both on and off the pitch.

During a recent chat with Arsenal.com, manager Mikel Arteta went into more detail about the partnership.

We're helping Jack prepare and train for his next step, while he continues to do his coaching badges pic.twitter.com/KI41WlTNdx

“What you should believe is that we want to help Jack prepare for his next stage, physically, mentally,” Arteta said.

“He wants to do his coaching badges again and we are prepared to fulfil all the needs that he wants. That is basically the idea and it is no further than that.

“I am very happy to have him back. We had a conversation with Jack and understand the needs that he has, the period that he is going through and I think everyone at the club agreed it was the right moment to help him.“

Arteta went on to say Jack is a great influence for some of the squad’s younger players as fans praise the decision to bring him back into the fold.