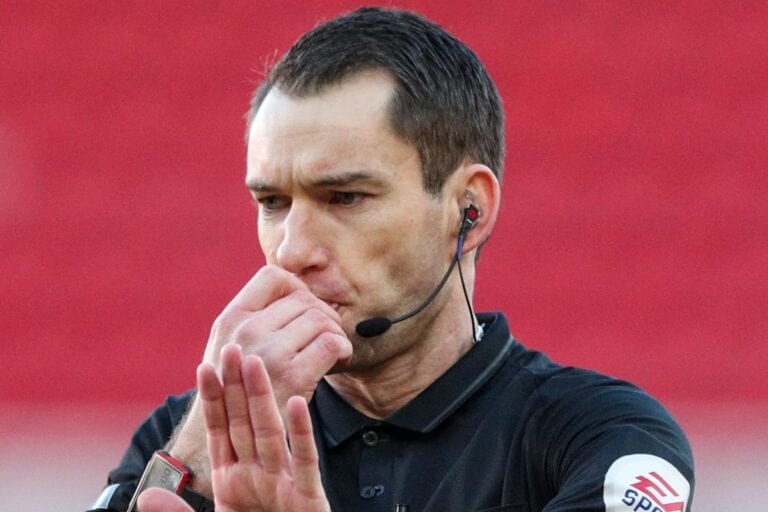 Over the last few weeks, we’ve seen scrutiny of referees intensify as a result of multiple high-profile, questionable decisions.

Nobody is denying how tough it is as a job, but the regular inconsistencies, especially since the introduction of VAR, have left fans and players frustrated on more than one occasion.

One of the biggest concerns that critics have about the system is the lack of communication. While we can sort of see what’s happening from the footage, we can’t actually hear what’s being said or why certain decisions are made.

However, over in the Australian A-League, we’ve seen them solve that issue on more than one occasion.

In his final A-League game, Gillett was mic’d up for an encounter between Melbourne Victory and Brisbane Roar. The end result is quite fascinating with viewers being able to see and hear every conversation he has with a player, and how he comes to each decision.

Jarred Gillett had a microphone attached for his last game in Australia.

• Every decision explained
• Every convo with a player heard

This is the way forward!!

Gillett, 34, left Australia in 2019 and has been a referee for the EFL in England ever since.

This sort of approach to refereeing is hardly new. From the NFL to rugby and beyond, plenty of sports around the globe have implemented similar systems and have flourished as a result of doing so.

Having this direct line might not solve all issues in regards to the actual decisions, but just having some kind of understanding could go a long way in offering at least some kind of insight into what could otherwise be baffling choices.