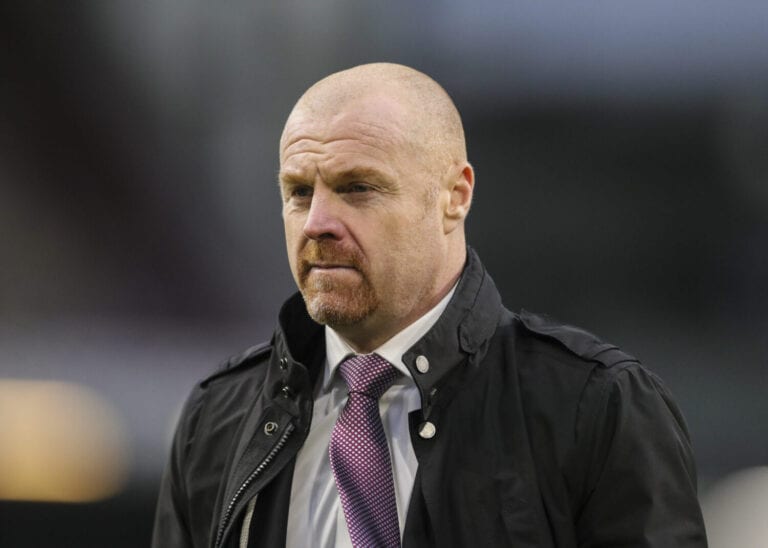 Burnley manager Sean Dyche has given us plenty of memorable moments via press conferences this season.

Last month, he spent four minutes discussing lookalikes with a journalist, and was compared to Simply Red singer Mick Hucknall.

And in response to a question about what fee would be required for Burnley to consider the sale of goalkeeper Nick Pope, he jokingly replied that “a bag of crisps and a pint of lager, in a pub” might be enough.

This time around, Dyche was asked about recent comments made by Roy Keane about his Burnley side, after they were beaten 4-0 by Tottenham Hotspur on Sunday.

At half-time, when the Clarets were 3-0 down, the Irishman said on Sky Sports: “They [Burnley] have quality, but if you give anybody time and space… I could play in that game.

“We’ve spoken about Burnley before the game, they have to be at it physically.

“When they’re at it physically and closing people down they’re a very good team.

“But when they back off or they’re disjointed, obviously they’ve played a 4-4-2, spaces everywhere, when they are off it they are bad.”

Dyche offered an excellent response when he said: “I don’t know whether you remember but he [Keane] was pretty decent to be fair.

“It wouldn’t surprise me if he could have [played] to be fair to him.

He then added: “But look, I’ve never had a problem with people questioning us on what we do, it’s part of their jobs, they’re pundits for a reason.

“They have a voice, they have a say, I’ve never been precious about that.”

Difficult afternoon for the Clarets

The comments made by Keane came in the midst of a tough afternoon for Dyche and Burnley at the Tottenham Hotspur Stadium.

Gareth Bale opened the scoring for Jose Mourinho‘s side after just two minutes, before goals from Harry Kane and Lucas Moura put the hosts 3-0 up at half-time.

Bale added his second of the game early in the second half to complete the scoring.

The defeat was, however, Burnley’s first in five games in the Premier League.

They take on third-placed Leicester City at Turf Moor on Wednesday evening.