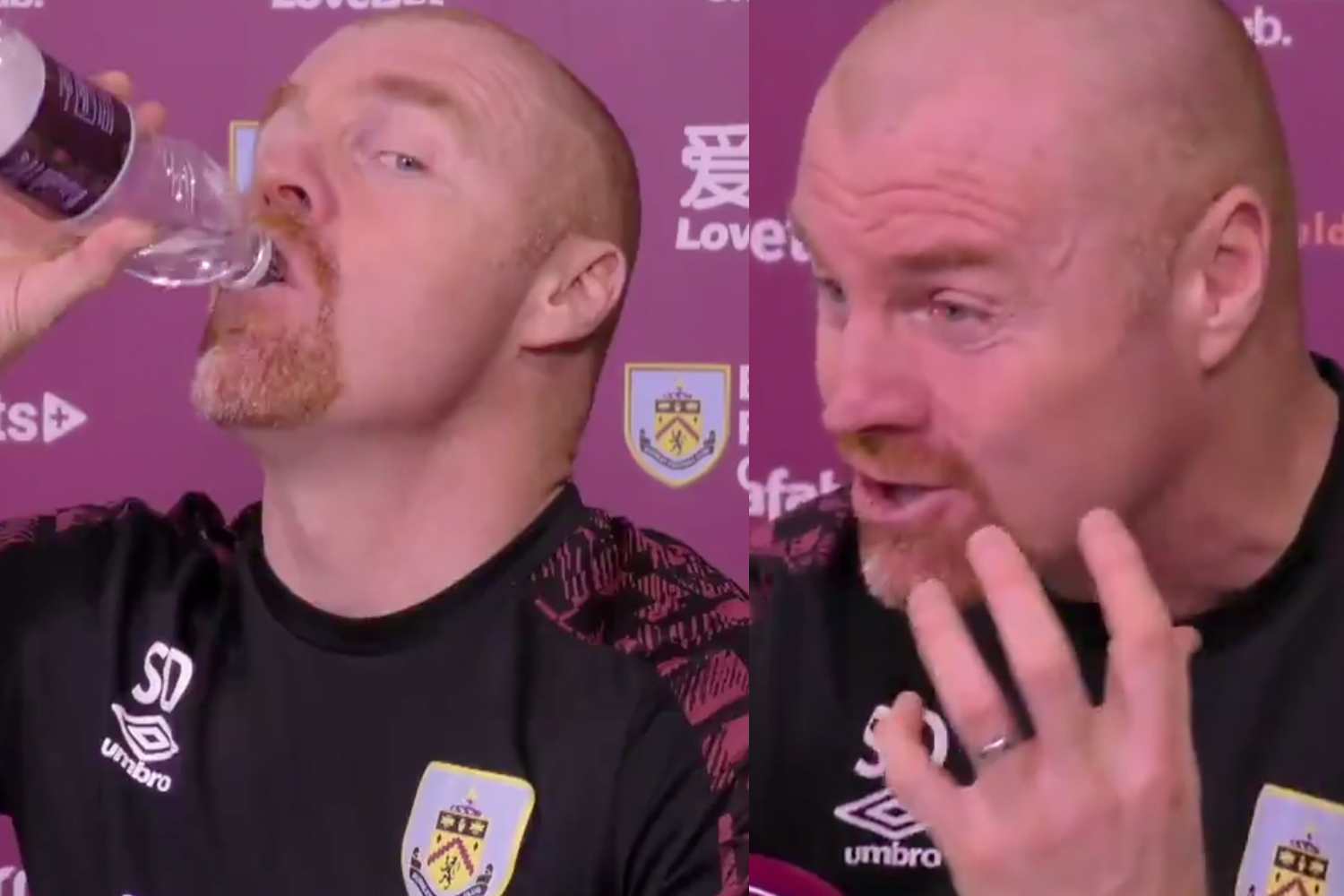 Speaking to the media earlier today, Sean Dyche got sidetracked and went on a quite wonderfully bizarre tangent.

Dyche was doing his pre-game media duties ahead of Burnley’s clash with Manchester City, and things took a turn.

The whole thing was sparked by a journalist asking the 49-year-old: “Has anyone ever told you that you look like Mick Hucknall?”

Immediately Dyche perked up and replied: “It’s uncanny you say that, because apparently I look like Chris Evans too!”

What followed was five chaotic minutes of the Burnley boss talking about “lookalikies”, holidays and the film UP.

The greatest #PremierLeague press conference of all time! ?

Burnley's Sean Dyche went OFF THE RAILS in this chat with journalists ahead of tomorrow morning's match with Man City! ?#OptusSport #PL #BURMCI pic.twitter.com/7MWvK09nAx

“Lockdown is really hard, boring, so we’re just having a natter, just trying to show some humanity in the world…you ask me a silly question, I give you a silly answer and we may as well not bore the world to death.” Dyche explained.

“We’re raising ourselves to ‘lookalikeys’, ‘lookalikeys’ make the world go round. Have you never sat in the pub, though that feels like a distant memory, with your mates and just found lookalikes? It’s the best fun you’ll ever have…”

This is brilliant. Pressers are fun (although not 100% useful I'll admit) when you go down a rabbit hole like this and snap out of the journalist/subject dynamic and just have a laugh.

"And if they give you a boring answer we'll drive down and we'll slap 'em with a wet fish" ? https://t.co/UMcHqMJEQe

He continued: “Have you ever seen the kids film Up? You know the little man with the glasses? I swear to you, we were playing away at Sunderland and a live, human version of that man was there.

“I was nudging the lads to look and they were crying, it was the best ‘lookalikey’ I’ve ever had. It was literally the guy. I even wanted to get a selfie…

“And if they give you a boring answer, we’ll drive down and we’ll slap them with a wet fish. Everyone should play ‘lookalikeys’.

More of this please.