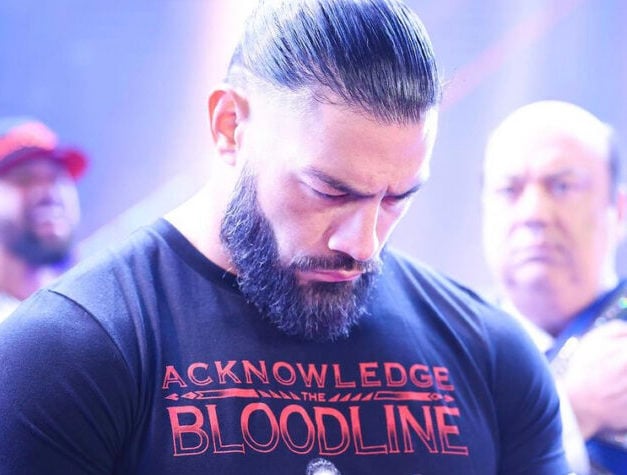 The wrestling publication has searched far and wide to compile a list of the greatest performers from across the globe. However, no organisation has a more prominent role at the pinnacle of the sport than WWE, although there is no doubting that a plethora of world-class talents compete in other promotions.

But the world’s premier promotion has four superstars in the top 10. Who are they?

It comes as no surprise that the Undisputed WWE Universal Champion has found himself atop this particular mountain.

After a dominant two-year reign, fans have started to ask whether anyone is going to beat this man. Following a difficult period of his time in the company as a babyface, ‘The Tribal Chief’ rallied and slowly but surely became the eventual face of the company.

Since beating Bray Wyatt and Braun Strowman for the title, Roman Reigns taken on the best and defeated them. He conquered John Cena at SummerSlam, toppled Brock Lesnar at WrestleMania 38 and, most recently, pinned Drew McIntyre in front of 62,000 fans in Cardiff, Wales.

‘The All Mighty’ bags the fifth place on the list. Standing at 6ft 3in with 273 pounds of muscle behind him, the 46-year-old has the qualities to dismantle any foe who crosses his path.

Following a long spell away from the company, Bobby Lashley returned in 2018, and looked better than ever. And the now, the two-time world champion has his heart set on picking up another world title.

Towards the end of his original stint in WWE, ‘The American Nightmare’ failed to make much of a mark. But after leaving for AEW, he proved that Vince McMahon had failed to see his star potential. Rhodes became the face of the business, picking up titles and delivering epic promos.

This all set the stage for his grand return at WrestleMania 38, and subsequent feud with Seth Rollins. The fan favourite endeared himself to the fans with an epic performance at ‘Hell in a Cell’, in which he fought on despite a torn pectoral injury. Now, the WWE Universe eagerly waits for him to recover.

Although the physical specimen possesses outrageous physical attributes, he initially spent years attempting to reach the pinnacle of WWE.

Alongside Kofi Kingston and Xavier Woods, he formed The New Day, and would walk to the ring to the sound of a trumpet while launching pancakes into the crowd. Despite fans initially not believing the stable would last too long, the star power of all three wrestlers eventually made it reach the popularity it is at today.

Once he began competing on his own, Big E proved he had the tools to compete with the best of them. Ultimately, he won the Money in the Bank ladder match in 2021, and cashed in the briefcase to relieve Bobby Lashley of his world title.

There are a number of other WWE stars that feature in the top 50 of the PWI 500 list. Seth Rollins sits in a perhaps surprisingly low 17th position, with Drew McIntyre three spots behind him in 20th.

AEW star Adam Cole is in 18th, with his time in NXT prior to his WWE departure also considered. Current NXT Men’s Champion, Bron Breakker is in 26th.