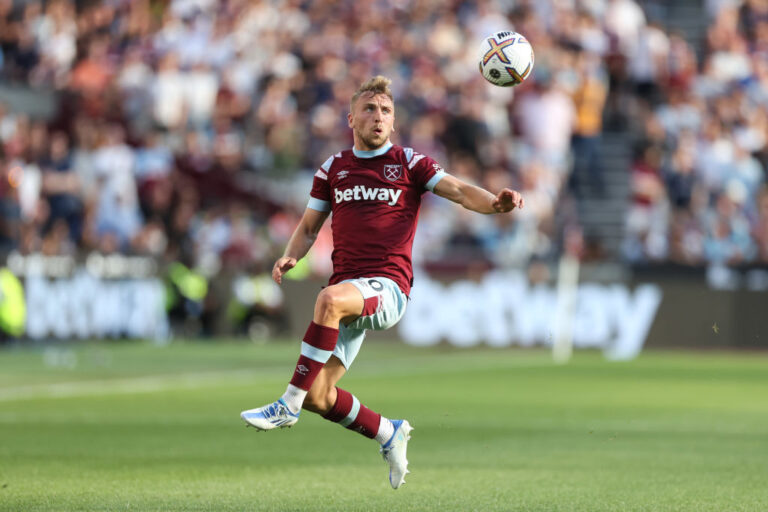 Now that the 2022/23 Fantasy Premier League (FPL) season is finally underway, here are some tips that may help you gain an advantage in your respective leagues for Gameweek 2.

With an average of 57 points in Gameweek 1, millions of FPL managers clearly got off to a strong start. Unfortunately, some may be already playing catch-up with their friends’ teams. So, which players may help make a difference for you this weekend?

First on our list of transfer tips for Gameweek 2 in FPL is Jarrod Bowen. The West Ham man had a brilliant 2021/22 season, getting 12 goals and 12 assists. However, despite the strong output last season, just 6.5 per cent of managers have him.

This may be because the Hammers’ first match was against Man City. But, from Gameweek 2 to 5, West Ham have some much nicer fixtures. They play Nottingham Forest, Brighton, and then Aston Villa in the next few weeks.

Additionally, Bowen has scored in previous fixtures against these sides. For instance, he scored in West Ham’s 4-1 win over Villa last year. At £8.5m, the Englishman could be a good mid-priced midfield option.

Now, some may say that looking to Everton for players is a bad choice, and they may be right. But the Toffees start a run of four promising fixtures from Gameweek 2, thus they have a place in our FPL tips.

Like West Ham, Everton play Villa and Forest, followed by trips to Brentford and Leeds. Surely, Frank Lampard’s side will pick up some points in these games. What really stands out, though, are the players’ values.

Everton’s defence looked solid against Chelsea – except for the penalty. Some defensive options to consider are Nathan Patterson (£4.0m), James Tarkowski (£4.5m), or Vitalii Mykolenko (£4.5m). This trio are all starters for a very low price – ideal for your bench if need be.

Liverpool’s new striker has impressed in his two matches in English football. He scored in the Community Shield. Then, he followed this up with a goal and assist against Fulham. And, as we all know, goals and assists equal plenty of FPL points.

However, Nunez is still not quite a nailed-on starter for Liverpool. Jurgen Klopp may roll the dice and play him against Crystal Palace on Monday, though. If this is the case, at £9.1m, the Uruguayan offers a Liverpool attacker that is much cheaper than Mo Salah.

After impressing in their season opener, many Arsenal players are on FPL managers’ radars. Whilst goal scorer Gabriel Martinelli is a popular choice at £6.1m, do not sleep on their defence.

The Gunners have chances to take clean sheets in the next few weeks, as they play Leicester, Bournemouth, and Fulham. As a result, cheap starters such as centre-backs Ben White and William Saliba (both £4.5m) are certainly worth considering.

They are less of an attacking threat than Oleksandr Zinchenko, though, who got 12 points in Gameweek 1. But the Ukrainian does cost slightly more, now at £5.1m after a price rise.

This may be the most important of all our tips for Gameweek 2 in FPL: do not panic! Many managers will make knee-jerk transfers after a disappointing first week. But there is a long season ahead, including a World Cup break. So, any points you may lose early on can get overturned later in the season.

A lot of managers also burn chips, such as triple captain, in the early weeks. There is nearly always double Gameweeks in an FPL season; it is best to wait for those.

Also, as you only have one transfer this week, some may consider a -4 to make multiple changes. This may not be worth it, and you can roll your free transfer a week to have two for GW3.

All in all, unless you are desperate to get one new player in, stick to your guns and see how your team does the second time round. It is usually best to not go “Ranieri” and tinker with your team constantly.

Remember, you have until 90 minutes before the first game to finalise your team each week. So, the squad deadline is 11am UK time on Saturday, August 13.