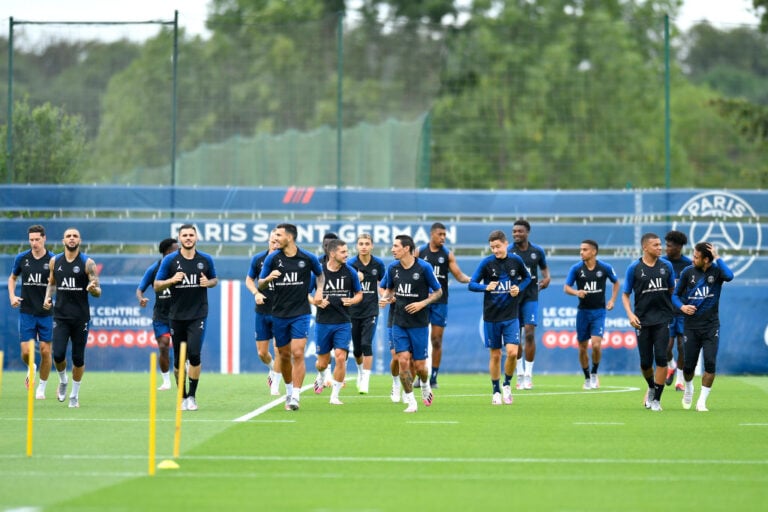 PSG have issued an odd ultimatum to a number of out-of-favour players, threatening to send them to their B team – in the fifth division of French football – if they don’t leave, according to reports.

Les Parisiens are desperate to revamp their squad this summer following an underwhelming 2021/22. Despite claiming yet another Ligue 1 title, PSG had a torrid time in the Champions League. That elusive first Champions League title is the French side’s main target. Therefore, last season’s collapse and exit to Real Madrid was a major failure.

As a result, the French giants changed both their manager and their director of football this summer. Leonardo and Mauricio Pochettino both left their respective roles at the club. Christophe Galtier then came in as manager, with Luis Campos as the new football advisor.

To go alongside the new leadership, the squad has experienced an overhaul. As new players arrived, many familiar faces have been shown the door.

The reigning champs moved to bolster their often-criticised midfield ranks this summer. Renato Sanches has joined from rivals Lille, with Vitinha signing from Porto, too.

However, all these moves meant that a number of players have left, too. Angel Di Maria and youngster Xavi Simons both exited the club on free transfers. Meanwhile, Gini Wijnaldum and Colin Dagba made loan moves to Roma and Strasbourg, respectively.

With a host of players also coming back from loans, PSG need to cut their squad down. Therefore, the club hierarchy is taking drastic measures to try and force some players out.

French outlet L’Equipe (as per Marca) claim that the PSG management is desperate to get rid of some first-team players. So much so, they have threatened that these stars will move to the PSG B team, which plays in the fifth tier of French football. They are doing this to free up squad space for new signings.

But who are these players?

A number of these outcasts are reportedly receiving interest from Premier League sides. For instance, Leeds Live report that the Yorkshire side are looking into picking up Kurzawa. In addition, Sky Sports have linked Julian Draxler with a move to Newcastle. The World Cup winner could cost the Magpies £17 million.

Also potentially moving to England are Kehrer (with West Ham) and Gueye (Everton). Unfortunately, Gueye’s move to Everton appears to have stalled, so he may have to search for offers elsewhere.

And despite underperforming throughout his stint in Paris, Serie A sides Monza and Sampdoria are chasing Mauro Icardi, per Football Italia. The Argentinian has options, unlike Ander Herrera, who PSG will likely release.

Overall, Paris Saint-Germain are being brutal with their first-team outcasts. How effective this cut-throat policy is remains to be seen.