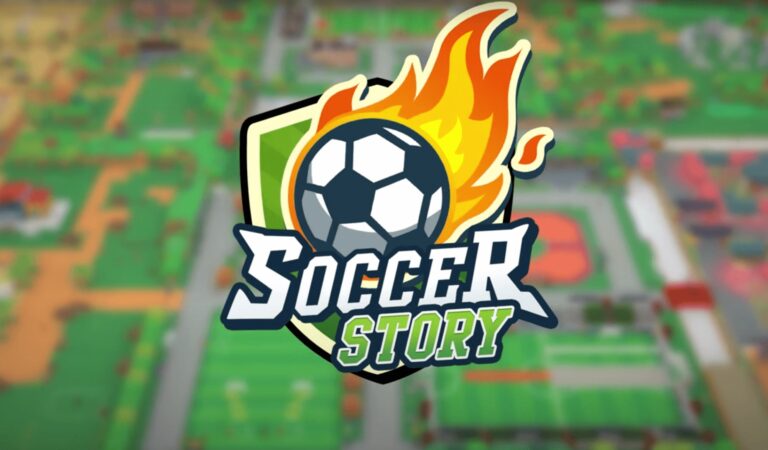 As well as the annual release of the FIFA and eFootball game series, there is another football-based game coming to consoles, handheld devices and PC ‘soon’ – Soccer Story.

Created by No More Robots and PanicBarn, the game will arrive on Xbox, PlayStation, Steam and Nintendo Switch.

But rather than the pure simulation mechanics we see on EA Sports’ FIFA and Konami’s eFootball games, Soccer Story will look and play like more of an arcade game, with more old-school, cartoon-style graphics to match.

Here’s what we know about the game so far, and what players will be able to do in it:

What is Soccer Story?

Soccer Story is an open-world, adventure RPG game. It is single-player, and sees players complete puzzles, challenges and quests in exchange for rewards.

The game’s premise is that a worldwide soccer company has closed down every stadium, team and tournament in the land. Therefore, it is your job to ‘save football’, so to speak.

You are given a ‘magic football’ at the start of the game. It is used to complete the tasks that lie in front of you. You will engage with various characters along the way – both human and animal, including sharks – as you aim to reach the end goal. There’s 15+ hours of gameplay, too; plenty to keep you entertained.

In addition, there is a local multiplayer mode, which up to four people can play.

No More Robots describe the game as follows: “Along the way, you’ll need to best bad guys in 1v1s, compete in a range of different sports (with your soccer ball, of course), and sometimes use your brain just as much as your balls.

“In a world that has long forgotten The Beautiful Game, can you remind them why soccer is top of the table, and best the most formidable teams, including the local toddlers and a group of sharks?”

You can see more in the trailer below:

When is Soccer Story released?

No official release date has been announced for Soccer Story as of yet.

However, various sources claim that the game will be released sometime in 2022. Therefore, with just under five months remaining of the year, you likely won’t have to wait too long to get your hands on it. Stay tuned to Gamebyte for all the latest updates.