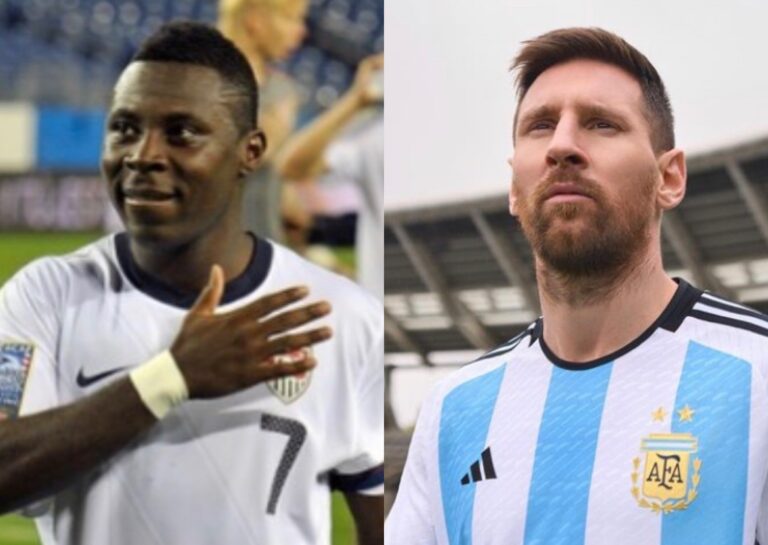 In a recent interview, former wonder-kid, Freddy Adu, made a stunning revelation about playing against Lionel Messi.

At the peak of his powers, the now-retired American international looked to have the capabilities to become one of the best players on the planet.

At the mere age of 14, the forward signed for DC United, and in his first season made 30 appearances, in which he recorded five goals and four assists.

However, struggling to live up to his initial hype, Adu never reached the pinnacle of the sport. The American’s tale is a sad one. Born with immense talent, he could’ve been special, but the bright lights took their toll.

When the pressure is on, it’s not easy to perform, especially when you’re still in high school. Alas, it didn’t work out for Adu, but he still treasures the memories of his glory days.

Read: Five underdog sides to watch out for at the 2022 World Cup (sporf.com)

In 2005, Adu was brimming with confidence, but during an encounter against Argentina, he realised that there was one man who stood out above every player on the planet, including himself.

“But Messi came on in the second half, and that was the day that even I had to admit that there was a player that was better than I was, and that was Messi.”

“He was so good in that game,” he continued. “I was thinking ‘Oh my God!’ because everyone at the time was saying ‘Freddy this, Freddy that’, and I was a very confident player at the top of my game at the time, but Messi was just better.

He concluded, “he didn’t even start that game was the crazy part!”