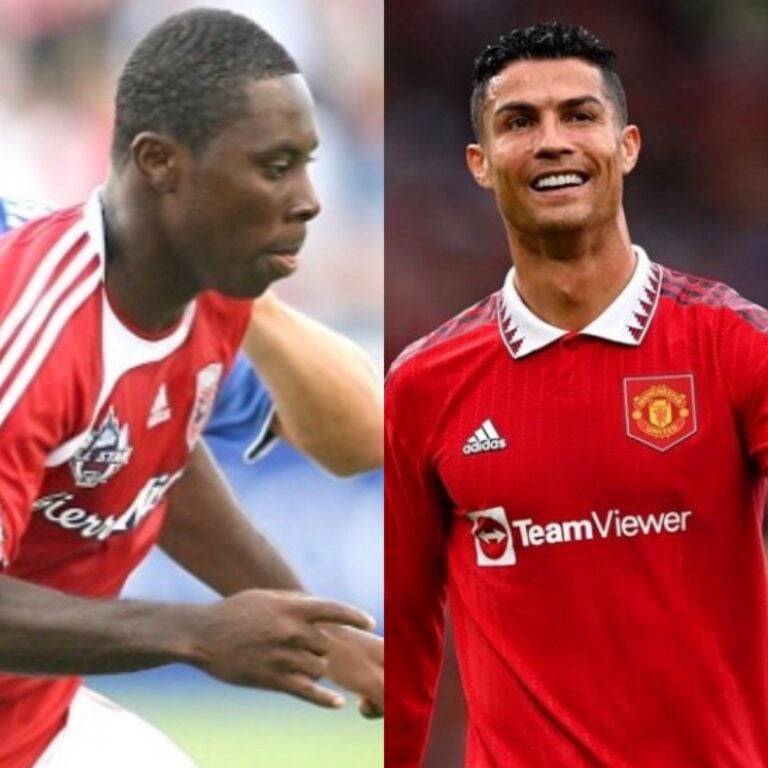 While fans around the world are slamming Cristiano Ronaldo for his recent behaviour, Freddy Adu has risen to his defence.

The former US wonder-kid, who scored 31 goals throughout his 227 career appearances, claims he understands where the Portuguese icon is coming from.

After making several attempts to leave Manchester United over the summer, Ronaldo failed and had to face the reality of the well he’d dug for himself.

Due to his disruptive antics, he struggled to form a bond with manager Erik ten Hag and ended up falling down the ‘Red Devils’ pecking order.

Consequently, the legend has struggled to play as much as he’d have liked and only scored three goals in all competitions. This has left him incredibly frustrated, and to the shock of the world, he released his bubbled-up tension during an episode of ‘Uncensored with Piers Morgan.

Read: Cristiano Ronaldo is the second-worst finisher in the Premier League (sporf.com)

What does Freddy Adu think of the Cristiano Ronaldo situation?

In an interview with Offers.Bet, the forward claimed: “Ronaldo is one of the greatest players ever to play the sport. I know he’s 37, and he’s obviously older and towards the end of his career, but being a competitor; that’s for life.

However, he also understands Ten Hag’s point of view.

Adu admitted, “Sometimes what a coach thinks and what a player thinks don’t match, and a coach thinks a different way because he has to manage the whole team, but a player sometimes thinks about themselves and not look at the whole picture as much as the coach.

“Ronaldo has a big desire to win and feels as though he has a lot left in the tank.”

Do these statistics indicate Cristiano Ronaldo is past his prime?